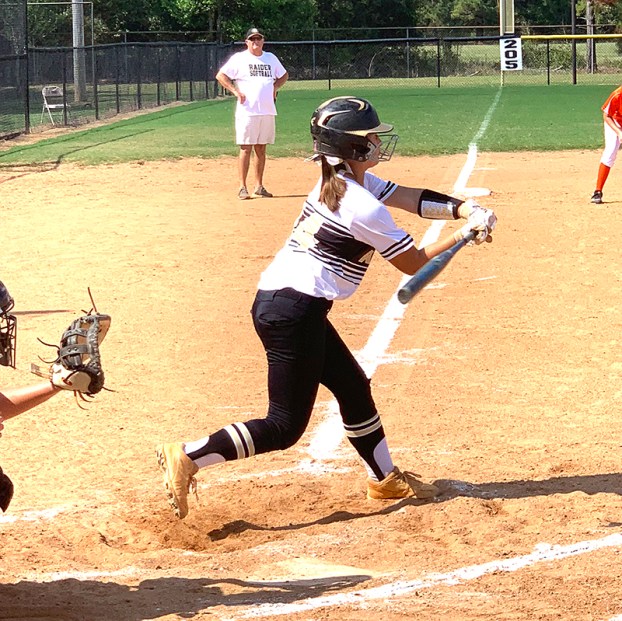 Southland Academy senior Alli Dent drove in the winning run in the Lady Raiders’ 5-4 victory over Trinity Christian. Dent went 2-4 at the plate with a run scored and three RBIs in that game. ATR Archive

The Lady Raiders lost their first two games to Brentwood Academy (7-6) and Tiftarea Academy (11-10), but were able to edge out TCA by the score of 5-4.

Going into the sixth inning, SA and TCA were tied at 1-1. However, the Lady Raiders scored three runs on three hits and took advantage of an error. Brookland Weaver led off the inning with a double and Reese Roland executed a bunt single, putting runners at the corners with one out. Alli Dent then belted a two-run double to left field to give the Lady Raiders a 3-1 lead. SA would later add another run in the top of the sixth when Morgan Weaver drove in Dent on a sacrifice fly.

However, the Lady Crusaders did not go quietly. They responded with one run in the sixth and two in the seventh inning to tie the game at 4-4, forcing extra innings.

The Lady Raiders were able to respond in the eighth by scoring the go-ahead run. Roland led off the inning with a single and Katie Rogers reached on an error, which allowed Roland to advance to third base. Then Dent singled to center field, driving in Roland to give SA a 5-4 lead.

TCA tried to answer in the bottom of the eighth, but SA starting pitcher Sara Beth Storey was able to retire all three batters in order to secure the win for the Lady Raiders.

Roland and Dent both went 2 for 4 at the plate, while Dent drove in three RBIs.

Storey went the whole way for the Lady Raiders. In eight innings of work, Storey gave up four runs on six hits, walked three batters and struck out two to get the win. 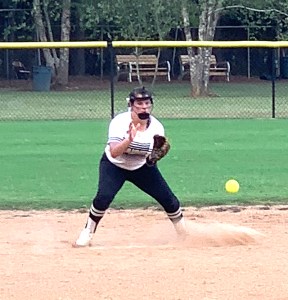 Southland Academy senior Holly McCain went 3 for 4 at the plate with two runs scored and an RBI in the Lady Raiders’ 7-6 loss to Brentwood Academy in the season opener.
ATR Archive

In their first game of the tournament to open the 2020 season, the Lady Raiders battled extremely hard, but lost to Brentwood Academy 7-6. With the score tied at 4-4 in the top of the fifth, Brentwood scored three runs to take a 7-4 lead. The Lady Raiders responded with two runs in the bottom of the seventh on RBI singles from Holly McCain and Brookland Weaver, but fell short by one run. Both McCain and Storey went 2 for 4 with one run scored to lead the Lady Raiders’ offense.

In Game 2 against Tiftarea Academy (TA), it was a high-scoring affair. The Lady Raiders got off to a great start as they scored six runs on six hits in the top of the first. However, the Lady Panthers responded with nine runs of their own in their half of the inning to take a 9-6 lead. SA scored two more runs in the top of the second to cut TA’s lead to 9-8. 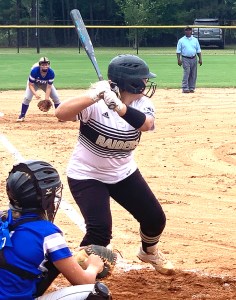 The Lady Raiders would later tie the game at 9-9 in the top of the third when McCain drove in Morgan Weaver on an RIB single to right field. However, the Lady Panthers took a 10-9 lead in the bottom of the third when Ali Strenth drove in Pyper McCard on a fielder’s choice. The Lady Raiders fought back and tied the game in the top of the fourth when Reese Roland scored on a wild pitch, but the Lady Panthers scored the winning run in the bottom of the fourth when Anslee Jones reached on an error, which allowed the winning run from third to score.

Both McCain and Roland went 3 for 4 at the plate with two runs scored. Roland drove in two RBIs while McCain drove in one.