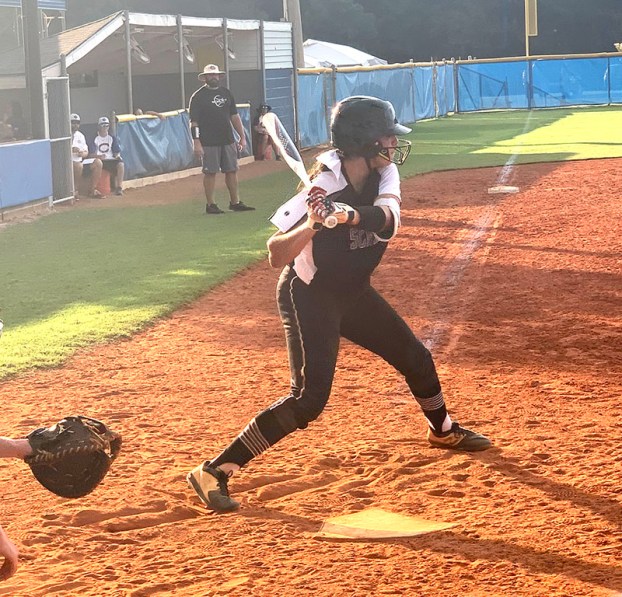 Schley County catcher Zoe Molina went 2 for 2 at the plate with a single, a double and two RBIs in the Wildcats’ 11-3 loss at Westfield. ATR Archive

PERRY, GA – The town of Perry, GA has not been kind to the Schley County Wildcat softball team (SC) this year. In the span of two days, the Wildcats made two trips up to Perry and have come back on the losing end both times. On Tuesday, August 18, SC fell to Perry High School by the score of 13-5. In that game, the Wildcats posted 10 hits, but struggled in the field, committing a total of eight errors. The very next day, SC headed back up to Perry in hopes of rebounding with a win at the Westfield School (WS). Unfortunately for the Wildcats, the Hornets scored four runs in the third inning and five in the fourth. That offensive output was too much for SC to overcome and they ended up losing 11-3 to WS.

SC got off to an excellent start in the first inning, as they were able to load the bases on two walks and a hit batsman. Then with two outs and runners on second and third, Zoe Molina belted a two-run double to give the Wildcats an early 2-0 lead.

SC added another run in the top of the third. Jade Sellars led off with a single and both Landry Whaley and Berkley Goodin each drew walks, loading the bases for Molina. Molina ended up getting hit by a pitch, which allowed Sellars to score from third. 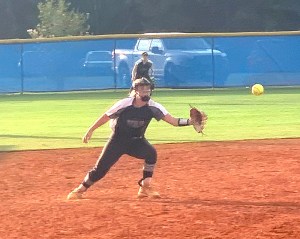 However, that would be the last run the Wildcats would score, as the Hornets took over from there. In the bottom of the third inning, Carleigh Knowles led WS off with a single and Lindsey Easom was able to reach on an error. SC starting pitcher Ashlyn Childs was able to retire the next two batters, but walked the next batter to load the bases. After Carleigh Knowles scored on a wild pitch, Marena Knowles delivered a two-run single to tie the game at 3-3. Later on in the inning, the Hornets took a 4-3 lead when Sydney Langdon reached on an error that allowed Marena Knowles to score.

The Wildcats struggled against WS pitching, as they were only able to score three runs on three hits. Molina had the best day at the plate for SC by going 2 for 2 with a double and two RBIs.

In their last two games, the Wildcats have struggled defensively, having committed a combined total of 12 errors in those two games.

With the loss, SC falls to 1-3 on the season. They will try to get back into the win column when they host Veterans on Monday, August 24. First pitch is scheduled for 6 p.m.

Rogers’ sacrifice fly proves to be the game winner for Raiders

AMERICUS – After their 15-5 trouncing of archrival Deerfield-Windsor in Albany on Thursday, August 13, the Southland Academy (SA) Raider... read more