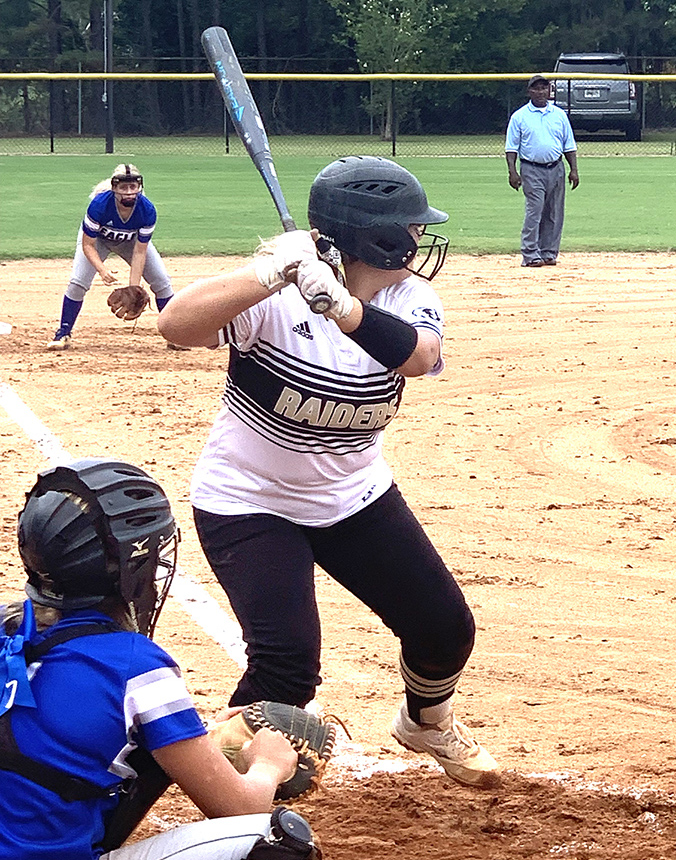 With the bases loaded in the top of the fourth inning, Storey belted a double to left field, allowing Jadie Burrell and Morgan Minick to score and giving SA a 5-0 lead.

Storey struck again in the top of the fifth inning. With runners on first and second and one out, she knocked in two more runs on a double to center field, giving the Lady Raiders a 10-0 lead.

The Lady Eagles scored two runs in the bottom of the fifth, but that was all they could muster against the Lady Raiders.

Storey went 2 for 4 at the plate with two RBI doubles and an RBI single on the day.

In addition to dominating at the plate, Storey also dominated in the circle. She pitched all five innings, giving up two runs on two hits, walking four and striking out three.

With the win, the Lady Raiders improve to 4-4 overall on the season. They will host Tiftarea Academy on Thursday, September 3, at 4 p.m.