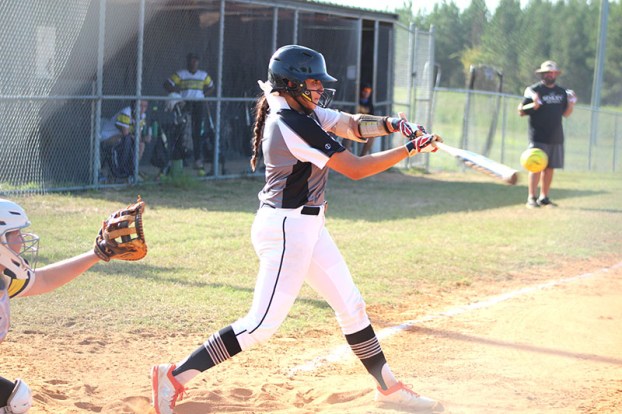 CUSSETA, GA – After two tough losses to Hawkinsville and Marion County by the same score of 6-4 during the week, the Schley County Lady Wildcat softball team took out its frustration on Chattahoochee County, clobbering the Lady Panthers 17-1 on Thursday, September 3, at Chattahoochee County High School.

The Lady Wildcats scored seven runs in the top of the first inning and took control from there on out. They pounded out 14 hits and took advantage of eight errors committed by the Lady Panthers. 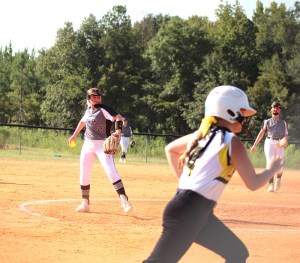 Schley County pitcher Hannah Crawford makes a throw to first base for an out. Crawford gave up one run on one hit, walked two batters and struck out two in two innings of relief work against Chattahoochee County.
Photo by Sheila DeVane

Lindsey Woody was the final pitcher used for SCHS. In one inning of work, Woody gave up no runs or hits and walked one batter. Between the three Lady Wildcat pitchers, CCHS could only muster one run on one hit throughout the game.

With the win, the Lady Wildcats improve to 4-6 on the season. They will try to put together a winning streak when they travel up to Butler to take on Taylor County on Thursday, September 10. First pitch is scheduled for 5 p.m.

Six-run seventh inning by Tiftarea too much for Lady Raiders

AMERICUS – Up until the top of the seventh inning, the Southland Academy Lady Raider softball team (SA) was hanging... read more