Lady Raiders close out regular season with win over Westwood 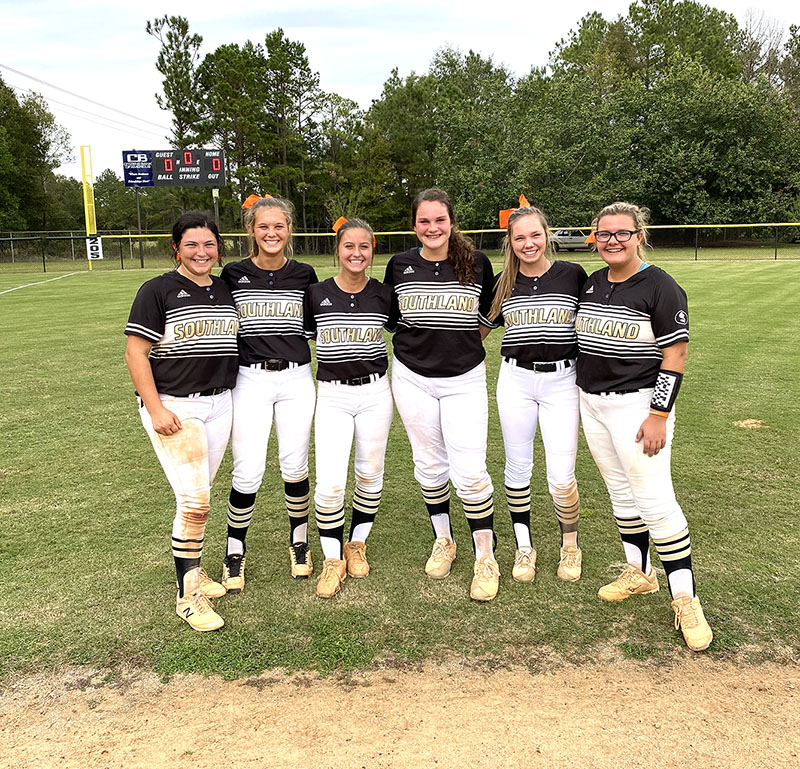 AMERICUS – After a tough 7-3 loss to Crisp Academy the day before, the Southland Academy Lady Raider Softball Team (SAR) wanted to finish the 2020 regular season with a win over Westwood (WS) so that they would have some positive momentum going into the Georgia Independent School Association (GISA) state playoffs. Led by their six seniors, Katie Rogers, Sara Beth Storey, Reese Roland, Alli Dent, Holly McCain and Brookland Weaver, the Lady Raiders were able to do exactly that by scoring six runs in the bottom of the sixth inning to defeat the Lady Wildcats 11-3 in a run-ruled game on Tuesday, October 6, at the Southland Academy softball complex.

“We came out smoking with the bats and got a lot of hits,” said SAR Head Coach Rusty Tondee. “We told them before the game that we didn’t hit as well yesterday as we usually do and if they would hit the ball hard, make solid contact, good things would happen and they listened. From the first batter to the last batter, we hit the ball well today and I’m so proud of our six seniors. They’ve been with me for four years. You can’t ask for six better girls to coach.” 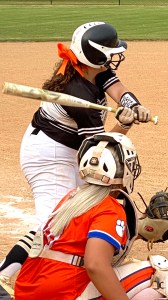 SAR senior shortstop Holly McCain went 4 for 4 with a triple, three singles, three runs scored and one RBI to lead the Lady Raiders to an 11-3 victory over Westwood.
Photo by Ken Gustafson

Going into the bottom of the sixth, the outcome was still in doubt, as SAR only led 5-3. However, all six seniors notched six straight hits in the inning, including an RBI double from Storey, to score five runs and take a 10-3 lead. Morgan Minick grounded out for the first out of the inning, but Samantha Wojnar ended the game on an RBI single. 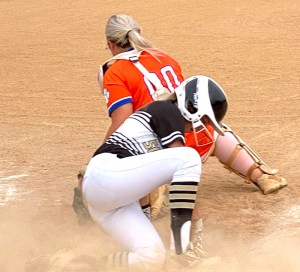 SAR senior left fielder Brookland Weaver slides home safely and scores the final run of the game between Southland Academy and Westwood. The Lady Raiders won by the score of 11-3.
Photo by Ken Gustafson

Storey had another solid outing in the circle for SAR. She pitched the entire game and gave up three runs on 11 hits, struck out six batters and walked three to earn the win.

The Lady Wildcats opened the scoring in the top of the first inning. With the bases loaded, Storey hit Sarah Sheffield, which allowed Anna Morey to score from third. 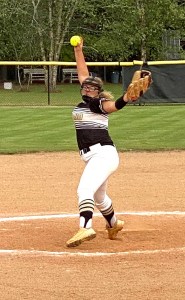 Southland Academy senior pitcher Sara Beth Storey struck out six batters to help lead the Lady Raiders to an 11-3 victory over Westwood to close out the regular season.
Photo by Ken Gustafson

However, the Lady Raiders responded in their half of the inning. With runners on first and second with one out, Rogers drove home Dent on an RBI single to tie the game. Roland followed that up with a two-run single to give SAR a 3-1 lead. After Brookland Weaver grounded out for the second out of the inning, Morgan Weaver got an infield hit and Morgan Minick drove in another run on an RBI single to make it 4-1 SAR.

The Lady Wildcats scored a run in the second and third innings to get within one run at 4-3, but with two outs in the bottom of the fourth, McCain belted a triple to center field and Rogers drove McCain home on an RBI single to give the Lady Raiders a 5-3 lead. 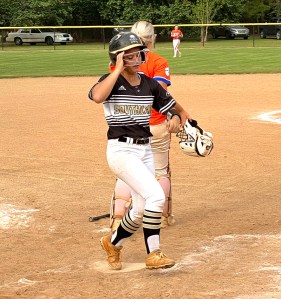 SAR senior second baseman Alli Dent scores one of the Lady Raiders’ six runs in the bottom of the sixth inning against Westwood.
Photo by Ken Gustafson

With two outs in the top of the sixth, WS had the tying run at first when Hannah Glass was able to draw a walk, but Storey was able to strike out McKenley Faircloth to end the WS threat. After that, it was all Lady Raiders, as they exploded for six runs in the bottom of the sixth to take the victory. 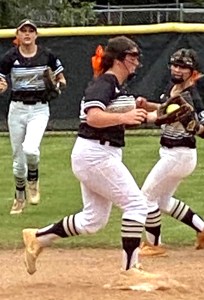 SAR senior shortstop Holly McCain steps on second base to complete a double play against Westwood.
Photo by Ken Gustafson

Glass, along with Emily Childress and Robby Vann, led the WS offense, as each of them went 2 for 3 at the plate.

Vann took the loss for the Lady Wildcats. She gave up 11 runs on 19 hits and struck out three SAR batters. 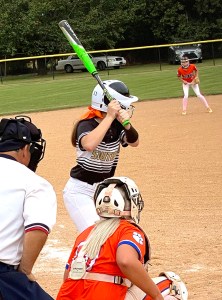 Southland Academy’s Samantha Wojnar drove in the final run of the game on a single in the Lady Raiders’ 11-3 victory over Westwood.
Photo by Ken Gustafson

The Lady Raiders will now await who their opponent is and where they will play in the first round of the GISA Class AAA State Playoffs. Stay tuned to the Americus Times-Recorder for further details.