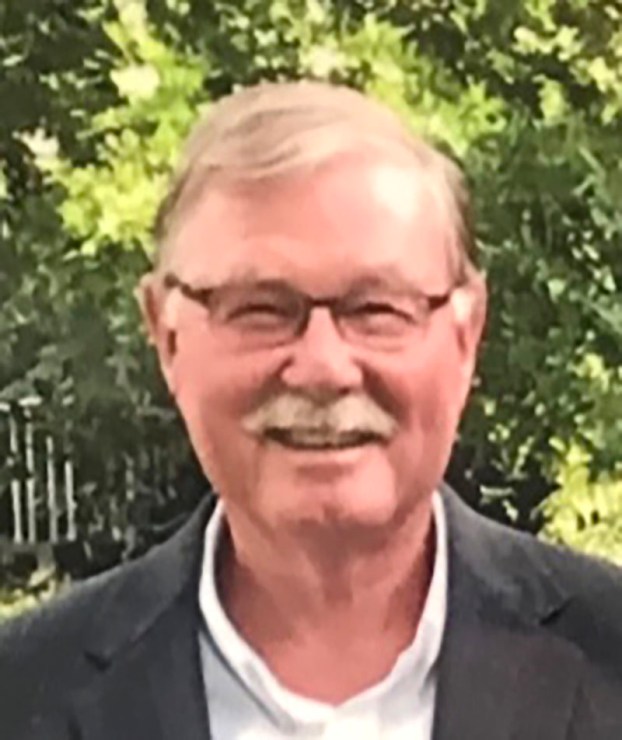 Sumter County Tax Commissioner Wilkie Smith is the republican candidate and is running for reelection for that position. Submitted Photo

AMERICUS – On Tuesday, October 6, the Sumter County Chamber of Commerce hosted a series of debates in which the candidates for six different political positions in Sumter County endeavored to make their case to the public as to why they should be the one to be elected to serve the citizens of Sumter County in these various positions.

The forum was held on the campus of Georgia Southwestern State University (GSW) and was streamed virtually via Youtube.

One of those positions was the office of Sumter County Tax Commissioner, which is currently held by the incumbent republican candidate Wilkie Smith III.   Smith is running against his democratic challenger, Twany “Buffy” Edwards.

The format for each of the debates went like this: Each candidate submitted a question and each candidate had three minutes to respond to both questions. At the end, each candidate had five minutes to explain why he or she should be the one elected to that particular public office. The moderator of each debate was anchor Tesia Reed of WALB News Channel 10 in Albany.

Edwards was not able to be at the forum due to a work commitment, but Smith was able to be there and laid out the reasons why he should be reelected as the county’s tax commissioner.

The first of the two questions Reed presented to Smith was what procedures will he put in place to handle the challenges of collecting delinquent taxes and at what point will properties and homes be up for tax sale? Smith replied that people can’t be forced to pay their taxes and that there is a process that will eventually take care of itself. “In Sumter County, approximately 82 percent of property owners will pay their taxes on time and our date has been December 1 for years,” said Smith. “That means my office spends the next couple of years trying to collect the rest of that 100 percent, which is about 17 percent.” Smith went on to say that people have different reasons for falling on hard times financially and that since he was elected Tax Commissioner for Sumter County, he has had to deal with hundreds upon thousands of catch up payment plans with persons from every district in the community. He added that if a homeowner is willing to keep from losing his or her property, he is willing to work with them, though there may be times in which plans don’t work out and the tax sale process has to begin. “For 95 percent of our properties that are sold in the tax sales that we have, all options have been exhausted, as the property, usually by then, has no owners or responsible parties remaining to pay the taxes,” said Smith. “This process of a tax sale takes about six to eight months. All interested parties have to be properly notified by certified mail, by regular mail. Hopefully, when they get those letters, somebody comes to see me and we can make this work. We don’t have to sell their property or their home or their grandmother’s house.”

Smith went on to explain that if all other options have been exhausted and the tax sale process has to begin, the property is advertised in the Americus Times-Recorder for four consecutive weeks. However, he did emphasize that his department does its best to keep from having to sell properties and that the process is not costing the county any money due to the fact that a private company is sued to handle it.

The next question that Smith was asked came from the Chamber of Commerce:

“What will you do to help your local Sumter County businesses?”

Smith replied that he didn’t know what more he could do than the things that are already being done now. He explained that local businesses have what is called an Inventory and Equipment Tax Bill where they are taxed on the value of the equipment, which is determined by the Tax Accessor’s Office. “Luckily for me, and I’ll say later, I don’t have to determine any of that. I just print the bill and I’m the collector,” said Smith. “But we do try to work with them also, as we do any homeowner, that if they need some additional time for that tax bill and to make sure that they have the right exemptions. We try to look at that process to help small businesses.”

However, Smith went on to say that he doesn’t care for the Inventory and Equipment tax. “Our county and schools need that tax money. I’m just not a big fan of it,” said Smith. “Small businesses are hurting in this world and they don’t need to be paying additional taxes on things, in my opinion, that they’ve paid for. They probably had to pay a sales tax for those things and most of that, they’re not generating any income on that.”

Smith went on to say that there’s not a whole lot his department can do for the local businesses except extending them some time, just like he does with homeowners. “They have to pay some penalty and interest, but at least it’s not where I have to have a personal property tax sale, which I have had and have to do very infrequently,” said Smith.

In making his case for why he should be reelected as Sumter County Tax Commissioner, Smith started out by stating that he was born in and grew up in Americus and described his family’s history of public service in the town and in Sumter County.

He mentioned that his 19-year-old son, Adam Smith IV, is in the Pre-Engineering program at GSW. Smith humorously remarked that his parents would not let him and his siblings walk to school because they were afraid that they would find some sort of ball game to play in and never make it to school. Smith also mentioned his distinguished athletic career in Sumter County as a baseball player, beginning with playing for Coach Jack Finkley in the recreation department. “Many of the greatest athletes ever to come out of Americus got their start with Coach Finkley,” said Smith.

He also mentioned the impact that other coaches had on him, such as Boone Walton, Melvin Kinslow, Doug Parrish, Alton Shell, Jimmy Hightower, Fred Douglas, Clive McGrady, Bob Clark, Willie Robinson and Miller Rush. “I saw how they coached, how they thought, how they taught discipline and mentored young people,” said Smith. “Though my biggest influences were my parents and my church family, this group made an impression on me for life. I do not believe that I could have grown up and raised a family in a better community than Americus and Sumter County, Georgia.”

Smith went on to mention his success as a baseball player and coach, including the fact that the Atlanta Braves drafted him and that he was a former baseball coach at GSW. He also mentioned that he was a former high school assistant principal and a business owner before he became the county’s tax commissioner.

“I stand before you today as a blessed person. God is good,” said Smith. “I am the Tax Commissioner, the old tax collector. Today, we print bills and collect the money. I thank the good Lord every day that I don’t have to determine the value of property, set the mileage rate or establish fire and garbage fees.”

Smith finished by stating that he has had eight great years in the Sumter County Tax Office working with Sumter County Schools, the Board of Commissioners, the finance department, the Tax Assessor’s Office and the Department of Revenue.

“We are responsible for the coordination of all of these groups to produce a county-wide property tax digest, a must for every county,” said Smith. “It has to be approved by the State Auditor before we can receive an order from the Revenue Commissioner to bill and collect taxes. It’s on time every time every year with no extensions needed, all because of the teamwork of these groups.”

Smith finished up by summarizing other accomplishments that the tax office has done under his leadership as Tax Commissioner.