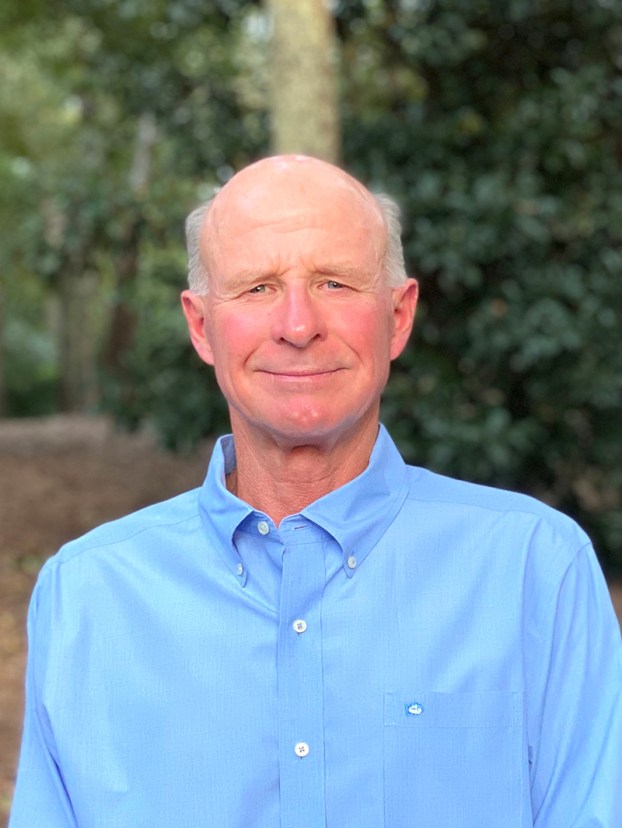 AMERICUS – On Tuesday, October 6, the Sumter County Chamber of Commerce (SCCC) hosted a forum at which the candidates for six different local political offices got an opportunity to make their cases to the public as to why they should be elected, or in some cases reelected, to serve in that particular public office.

The forum was held at Georgia Southwestern State University and can be viewed on the SCCC’s YouTube page.

One of those political races is for the Sumter County Board of Commissioners (BOC) District 3 Seat. The winning candidate will succeed George Torbert, who has decided not to run for reelection.

William Reid, the republican candidate, is running against Kenneth E. Hamilton, the democratic candidate. Hamilton was not able to be at the forum due to family commitments, but Reid was there and was able to present his case as to why he should be the one to succeed Commissioner Torbert. Tesia Reed, a news anchor for WALB News Channel 10 in Albany, was the moderator for the forum.

According to the format of the forum, each candidate submitted his question to the moderator and both candidates were to answer those questions. Each candidate had three minutes to respond to each question.

The first question that was posed to Reid was “How will you make yourself available to constituents and how important is it for you as a Commissioner to be available?”

Reid responded by stating that as he has been traveling throughout Sumter County during the past year, people have suggested to him that he should run for County Commissioner. “I told them all that things had to work out in my life in order for me to be a County Commissioner because if I had chosen to do it, I’m the type of person that is going to do it right and I want to give it 100 percent,” said Reid. “At the end of last year, things fell into place for me. I sold my part of my brother and I’s business to my son so that allowed me to have the time that I felt I needed to be committed to being the County Commissioner that Sumter County District 3 needed,” continued Reid.

Reid went on to say that though a lot of people think that he’s retired, he is not retired, but just wants to do something different with his life. “I’m enjoying it and being out talking to people,” said Reid. “I have enjoyed meeting a lot of people in Sumter County that I have not ever had a chance to meet, so I think it’s very important as a County Commissioner to be in tune with what the problems are of our citizens and our constituents in our county and in my district. I think it is a very important aspect for a County Commissioner to be available.”

Reid added that as he has traveled through the county, one thing he has heard is that a lot of citizens in all of the BOC’s districts don’t feel like their concerns are being heard, or if they are being heard, they are just going in one ear and out the other. He also stated that if he is elected as the County Commissioner for District 3, he will do his best to give 100 percent to make sure that his constituents know that he is there and available for them.

The next question that was posed to Reid was “What will you do to help the local Sumter County businesses?” Reid responded by saying that the question was somewhat of a loaded question. “I’ve been in two different businesses in my life,” said Reid. “My brother and I farmed for 24 years and then we purchased Garland Mirrors Irrigation in 2003 and with my brother, we ran that business until I got out this past year, so I was in that 17 years,” said Reid. “I think there’s a lot of areas we can improve in Sumter County. We are an agriculturally driven county. I think there’s a lot of possibilities out there for people to really see the value that agriculture brings to Sumter County.” Reid went on to say that when agriculture was doing well in Sumter County, the county itself as a whole was doing very well. “I think we need to look at places where our roads need improving for businesses and I think that there are lot of things in the county we can do to improve just the way everything looks, as when visitors come into the county,” said Reid. “There’s a lot of areas there for improvement and I think we need to make sure that when we do spend our tax money, that we get the most bang for our buck and make sure that it goes to where it needs to go to improve just every aspect of why a business would want to come locate in Sumter County.”

Finally, Reid was given five minutes to explain why he should be the one to be elected as the one to represent Sumter County District 3. “I think because of my background in agriculture and agribusiness, I could provide the valuable insight to serve Sumter County with confidence,” said Reid. “Being driven by agriculture, I think my experience in doing budgeting for the two businesses that I was involved with and making payroll helps me to be an asset to be a Commissioner for Sumter County.”

Reid went on to say that if elected as the County Commissioner for District 3, he will always strive to make sure that the people’s tax dollars are spent in the most effective way and that he thinks there are other aspects to being a County Commissioner, such as trustworthiness and honesty. He said that those two aspects have served him well in the two businesses that he was involved in, especially the irrigation business. “I don’t think the farmers of Sumter County would have come to us if they didn’t consider us trustworthy and honest,” said Reid. “I’ve always, from being a little boy growing up with my father, been always taught to be trustful and honest in anything you do.”

Reid again emphasized that if elected as County Commissioner for District 3, he would promise to always make sure that citizens’ tax dollars would be spent wisely. “That is a pet peeve of mine,” said Reid. “Personally, I don’t think our tax money is spent very wisely on the local, state and federal level. I think a lot of it is wasted. It’s probably the bureaucratic process we go through and one of my pet peeves is budgets. When my brother and I did budgets in our farming operation and in our irrigation business, we were always tickled to death when we came in under budget and we didn’t feel like we needed to spend that money just because it was there and it was budgeted there.”

Reid went on to say that what really irritates him is when he hears that a certain department claims that it needs to spend a certain amount of money because it was budgeted or they might lose it. “I just don’t feel that way,” said Reid. “To me, that’s just not a prudent way to spend money.”

Reid added that he plans to always be available to listen to the concerns of his constituents in his district, which in this case is District 3. “For people that don’t know the way the districts are, District 3 land wise is the largest district in Sumter County. It’s almost as large as the other four combined,” said Reid. “You really have to get out and travel to see the people. You’re going to put a lot of miles on your vehicle and I’ve done that and will continue to do that. I want to assure all of the constituents in my District 3 that I will always work what is best for us on the county level.”

Reid added that he understands how tough it is to budget. “By doing payroll, I know when things have to be cut or you have to tighten your belt up,” said Reid. “I think I am the person to do that in District 3 and again, I would like to ask for your vote come November 3. God bless everybody.”

AMERICUS – On Friday, October 9, the candidates for the office of Sumter County Tax Commissioner tried to make their... read more