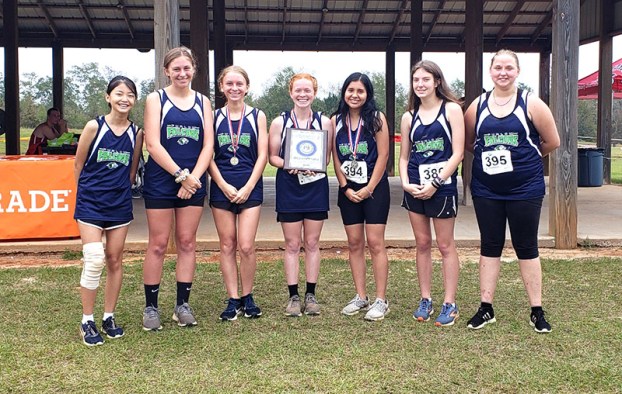 On the girls’ side, Furlow Charter (FC) won the team championship with 19 points and Schley County came in second with 38 team points. In the sport of XC, the object of every team is to score the fewest points possible.

On the boys’ side, the reverse was true, as the Wildcats won the team championship with 19 points, while the Falcons of FC came in second with 40. 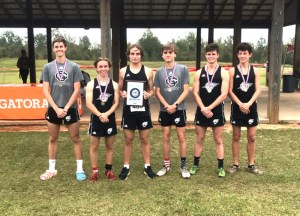 The Schley County boys’ XC team poses for a team photo after winning the team championship at the GHSA Region 5-A Meet at Marion County High School.
Photo by Gabe Theiss

As far as individual performances were concerned, SCHS senior David Williams won the boys’ race, finishing the five-kilometer (3.1-mile) course in a time of 17:08.05. Edwin Gonzalez of FC crossed the line in second place in a time of 18:30.57, setting a new FC school record and breaking the old school record, which he previously held. 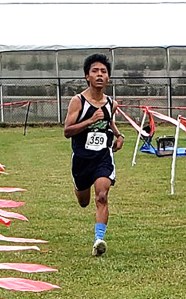 Furlow Charter sophomore Edwin Gonzalez finished in second place in the boys’ race at the GHSA Region 5-A Meet. Gonzalez set a new school record by finishing in a time of 18:30.57, beating the school record that he had previously set.
Photo by Beth Kinney 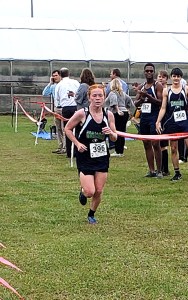 Furlow Charter senior Maya Wynn won the individual championship in the girls’ race at the GHSA Region 5-A Meet. Wynn finished a top the standings in a time of 22:28.25.
Photo by Beth Kinney

In girls’ action, FC’s Maya Wynn showed once again why she is the top female runner in the region. Wynn won the race by finishing the five-kilometer (3.1-mile) course in a time of 22:28.25. Her two Lady Falcon teammates, Maria Kilheffer and Litzy Lepiz, finished the race in fourth and fifth place respectively. Kilheffer finished in a time of 24:21.70 and Lepiz finished with a time of 25:53.59. 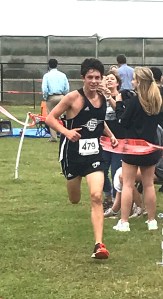 Schley County sophomore Eli Bacon finished in fifth place with a time of 20:05.64 at the GHSA Region 5-A Meet.
Photo by Gabe Theiss 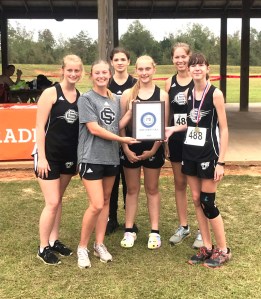 The Schley County girls’ XC team finished in second place in the team standings at the GHSA Region 5-A Meet.
Photo by Gabe Theiss

The top six runners in each race earned an automatic berth into the GHSA Class A-Public State Meet, which will be held on Saturday, November 7, at Carrollton Elementary School in Carrollton, GA. However, being that the FC and SCHS girls and boys teams finished in the top four spots in the team standings, all of the runners who participated in the region meet are automatically eligible to run in the state meet. 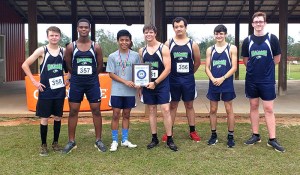 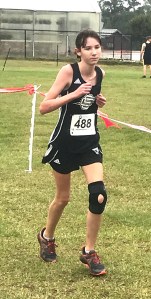 As for the Wildcats and Lady Wildcats, Head Coach Gabe Theiss was extremely pleased with the performances of both his squads. “They (the SCHS girls) ran very well and we’ve had a couple of runners that are battling some knee problems and they actually ran extremely good times, so I was very proud of them” said Theiss. “The boys almost swept. There was one Furlow kid (Gonzalez) who busted us up, but we finished first, third, fourth, fifth, sixth and seventh, so they ran extremely well and almost swept the region.” Theiss also mentioned that Williams’s time of 17:08.05 was a new PR for him.

ELLAVILLE – It has been said that sports is a microcosm of life. In life, everyone has ups and downs.... read more