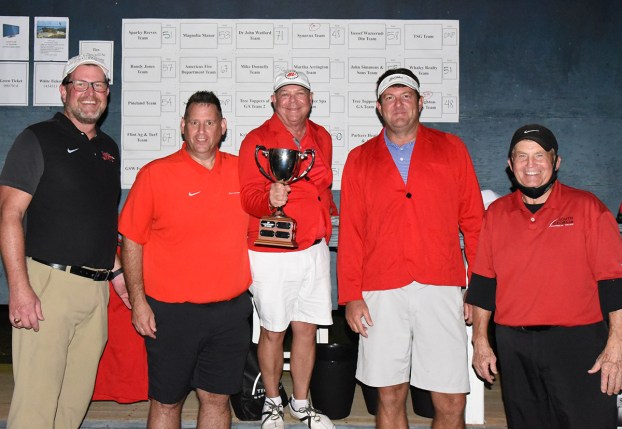 South Georgia Technical College President Dr. John Watford, and SGTC Athletic Director James Frey are shown above with the Synovus winning team of Buddy Guth and Jason Evans. Jodie Hayes was the third member of the winning team but he is not shown. SGTC President Emeritus Sparky Reeves is also shown congratulating the winning team. Photo by Su Ann Bird

Both teams posted a score of 48 on the 18-hole course, but after the tie breaker was applied, the Synovus team walked away with the first place prize of “Red Jackets,” Grills, hats and shirts.  The second place McNaughton-McKay team of Brandon Horne, Corey Stallings, and Bray Bishop were awarded Nike bags and black shirts.  The Caravelle Powerboats team of James Frey, Will Frey and Scott O’Shell finished in third place.

SGTC President Emeritus Sparky Reeves thanked Dr. Watford for his kind comments and also thanked all of the teams and the players for coming out to play golf and support the Jets and Lady Jets basketball teams.  “This is a great day and I am proud to be here to congratulate Synovus as the winner of this year’s tournament.  They are also the first team to win the ‘red jackets.’” 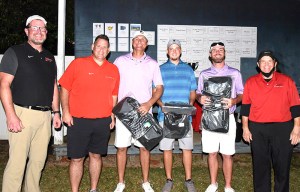 South Georgia Technical College President Emeritus Sparky Reeves, who played in the tournament with his son, Kevin Reeves and his son-in-law Ryan Young, said, “I am humbled by the turnout and the support.  I also am very glad that this is a Classic Tournament and not a Memorial Tournament. I also want to thank everyone who had a part in making this a reality this year and for the last five years.  I would also like to encourage everyone to come out and watch the Jets and Lady Jets this season.  I think you will be impressed.”

South Georgia Technical College Athletic Director and Lady Jets head coach James Frey was very pleased with the turnout despite having had to reschedule the tournament. “We are so appreciative of the support that we receive from each of you and from the community as a whole,” said Coach Frey.  “This was a great day and I would like to thank Dr. Watford and Sparky Reeves for what they mean to me, our college, our basketball program and this community.  We are very appreciative of them and their service and support.” 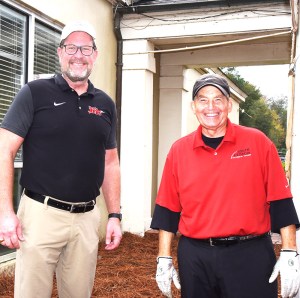 Shown above are SGTC President Dr. John Watford with SGTC President Emeritus Sparky Reeves welcoming everyone to the sixth annual Jets Booster Club Sparky Reeves Classic Golf Tournament.
Photo by Su Ann BirdThirty teams signed up to participate in the three-person scramble which featured a shotgun start, longest drive, and closest to the pin contest in addition to prizes for the top three teams.  Several teams were not able to participate after the tournament was rescheduled but 26 did manage to come out and play. Kyle Kennan and Kevin Reeves both received prizes for Closest to the Pin and Jason Evans and Bray Bishop were recognized for Longest Drives. 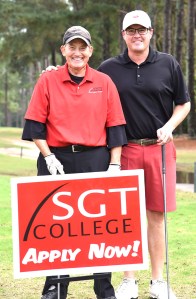 From Staff Reports     AMERICUS – Sumter Cycling is encouraging the people of Sumter County to use Friday, November... read more