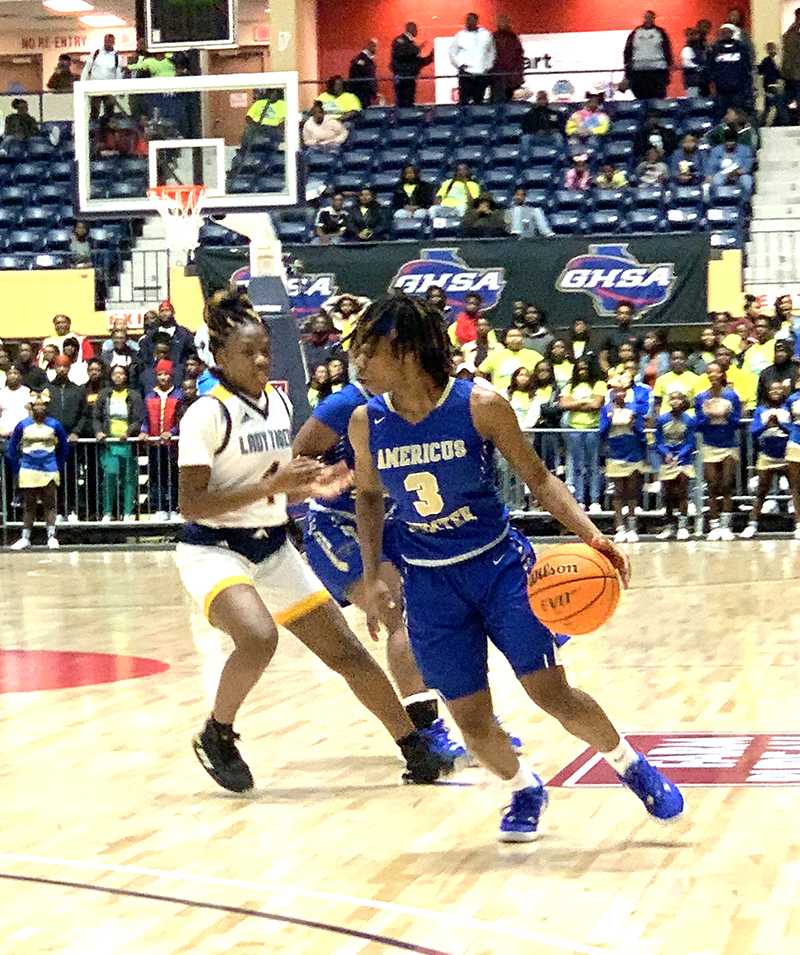 FAYETTEVILLE, GA – It has been almost nine months since that glorious March day in Macon when the Americus-Sumter (ASHS) Lady Panther Basketball Team defeated Troup County 66-52 in the Macon Centerplex to capture the GHSA Class AAAA State Championship. Since then, there has been much turmoil leveled at high school and college athletics due to the COVID-19 Virus. In addition to having to navigate off-season workouts over the summer, the Lady Panthers are also having to fill the voids left by graduated impact players such as Jelissa Reese, Brianna Pope, DeAsia Ford, Trinity Jones and Divine White. Nevertheless, the show must go on, and it continued on Saturday, November 21, when the Lady Panthers opened the 2020-21 season with a 46-38 victory over Starr’s Mill in Fayetteville, GA.

The Lady Panthers were originally scheduled to compete in a tournament at Wilkinson County on Friday, November 20, but that tournament was cancelled due to a rise in COVID-19 cases in that area. They were also supposed to play Duluth High School on Saturday in Carrollton, but that game was also cancelled due to COVID-19 issues with the Duluth team. Fortunately, ASHS was able to get a game with Starr’s Mill and they were able to come away with the hard-fought victory.

“Anytime you a beat a team that finished 24-4 last season, it’s a great win,” said ASHS Head Coach Sherry Harris.  “However, we got off to a very slow start again this week.  At Halftime we made some offensive adjustments. We needed to get our post player, Trinity Jackson, more touches inside.  Also, we changed up our defensive game plan at the end of the third quarter by putting Tiffani Goodman on their best players and that limited the amount of touches their #22 (Jaclyn Hester) had. We held them to two points in the fourth quarter (two free throws) and we were able to get out and get some transition baskets, which is what we do best.  We play defense to get our offense going.”

The Lady Panthers are tentatively scheduled to host Lee County on Saturday, November 28 at 6 p.m. Following that game, the ASHS boys’ team is scheduled to play Lee County in their season opener at 7:30 p.m. However, both games are subject to change. Stay tuned to the Americus Times-Recorder for further updates.