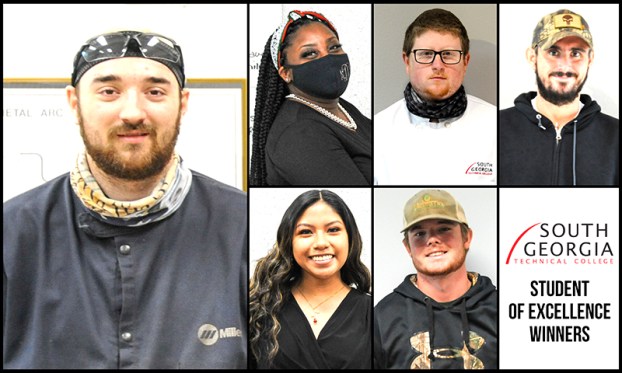 As the overall Student of Excellence for September, Roland received a commemorative plaque and a $50 check from SGTC Dean of Enrollment Management Julie Partain. In addition to the plaque and the monetary reward for winning, Roland received a congratulatory letter from SGTC president Dr. John Watford and a “Student of Excellence” t-shirt.  His name was also engraved on a perpetual plaque that is displayed in the front lobby of the Crisp County Center.

Twice during each semester, instructors in different program areas on the Cordele campus nominate one student from their program who has exhibited high standards academically, socially and professionally. After nominations are submitted, a committee of SGTC staff members use a point system to determine the winner. Points are awarded for GPA, work ethics, involvement in student organizations and other factors.