Lady Panthers suffer first loss of the season against Upson-Lee 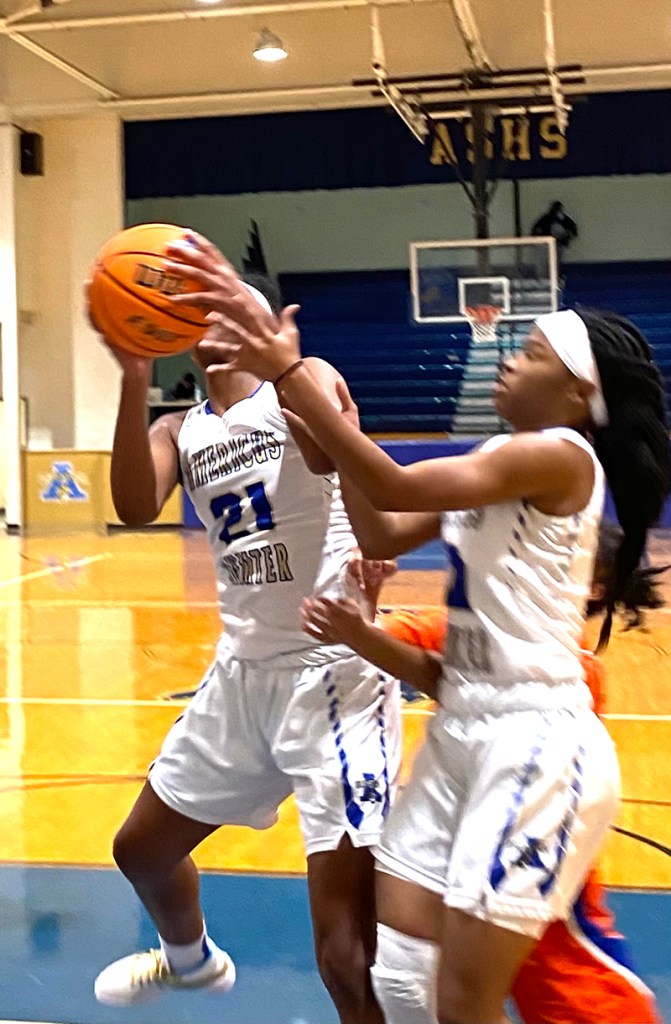 AMERICUS – Up until Tuesday night, December 8, the Americus-Sumter Lady Panther Basketball Team (ASHS) had handled its competition with relatively few challenges. However, that changed when the Lady Knights of Upson-Lee (ULHS) came into the Panther Den that Tuesday night. For much of the contest, it was a back-and-forth affair between both teams, but in the fourth quarter, the Lady Knights began to pull away. With 6:43 left in the game, ULHS guard Ja’khia Parker drilled a three-pointer to put the Lady Knights up 49-33. From that point on, the Lady Panthers were unable to make a serious run to get back in the game and fell to ULHS 61-46, suffering their first loss of the season.

Being that ASHS and ULHS are both in Region 2-AAA, it also counts as a region loss as well. With the loss, the Lady Panthers fall to 3-1 on the season. 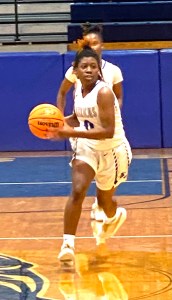 Americus-Sumter senior guard Destinee Sims scored 14 points in the loss to Upson-Lee, with 12 of those points coming off of four three-pointers.
Photo by Ken Gustafson

ASHS junior power forward Trinity Jackson led the Lady Panthers in scoring with 20 points and senior guard Destinee Sims was also in double figures with 14 points, with 12 of them coming from four three-pointers. Junior point guard Tiffani Goodman chipped in eight points, while senior Natasha Jackson and sophomore Leah Minter each scored two points in the losing cause.

While it was close for most of the game, the Lady Panthers struggled at times to make shots against the defense of the Lady Knights, particularly on the inside. 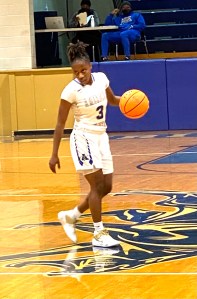 ULHS had four players in double figures. Jakera Ellerbee led the Lady Knights with 16 points and Ja’Khia Parker scored 14. Alonzea Montgomery poured in 13 points, with nine of them coming from beyond the arc, and Tyla Zellner scored 12.

ASHS will try to rebound from this setback when they host Jackson High School in another Region 2-AAA contest on Friday, December 11, at 6 p.m.