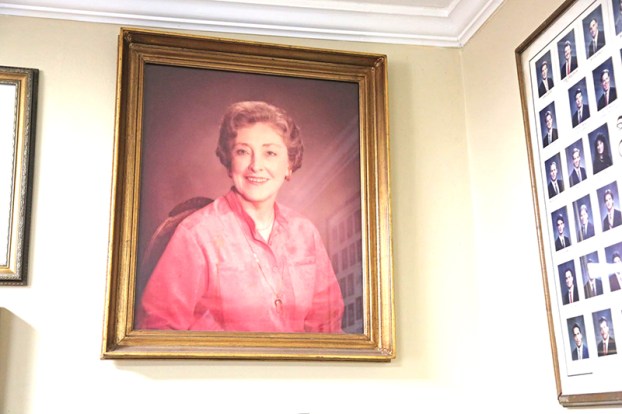 This is a portrait of the late housemother Walter Mae Hamilton or “Aunt Mae”, as she was affectionately known. The Kappa Sigma brothers at Georgia Southwestern State University have honored her memory with an endowed scholarship ahead of her birthday. Photo by GSW

AMERICUS — The Kappa Kappa Chapter of Kappa Sigma fraternity at

Georgia Southwestern State University (GSW) recently brought a 40-year-old scholarship back to life to honor the memory of housemother Walter Mae Hamilton, or “Aunt Mae” as she was known to the brothers.

Aunt Mae served as the Kappa Sigma housemother for a number of years at their first on Taylor Street in Americus, GA.

“She was such a sweet lady,” said Wes Wheeler (’70), GSW alumni and Kappa Sigma brother. “Aunt Mae was the perfect grandmother-type. She lived upstairs and we rarely saw her except when needed. She would come down and tell us to ‘pick up the house’ and ‘clean up the yard’. Everyone loved her, and she holds a special place in my heart.”

When Aunt Mae passed in 1982, she left money to the local chapter to establish a scholarship for future brothers. The scholarship provided tuition assistance to Kappa Sigma brothers for a few years before it dissolved.

In November 2019 at the 50th Anniversary Founders’ Day meeting, the chapter announced that $3,000 would be used to re-establish the Walter Mae Hamilton Scholarship and begin an endowment through the GSW Foundation. One brother was so moved by this gesture, he impulsively pledged $5,000 of his own to the scholarship fund and encouraged others to do the same. This spontaneous gift spurred another and another, and by the end of the night, Aunt Mae’s scholarship fund had jumped to $13,000. 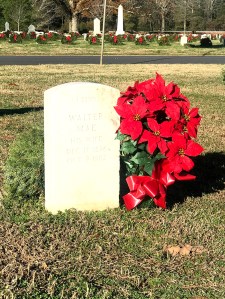 This is the gravesite of Walter Mae Hamilton or “Aunt Mae”, as she was affectionately known. Hamilton was the housemother for the Kappa Sigma brothers at Georgia Southwestern State University.
Photo by GSW

Within one month from that evening, the scholarship became fully endowed at $25,000 with generous donations rolling in from many of the original founding members and other Kappa Sigma brothers.

Aunt Mae would be so proud of “her boys,” as she lovingly referred to them, for working so hard to revive her scholarship. Since its reinstatement, Covie Strickland of Leesburg, a junior accounting major, was named the first scholarship recipient.

“Aunt Mae was a wonderful woman whose name is still spoken highly of in the Americus area,” stated Covie. “She wanted the best for all her boys at Kappa Kappa. This scholarship has taken the stress and financial burden off of me, and has given me more time to focus on my education and success in the future.” 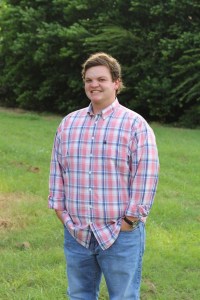 Another brother, Clifford Pierce (’70), also fondly remembers Aunt Mae. “She was the nicest, jovial, most upbeat person you’d ever met,” he recalls. “She made sure that her boys always displayed good manners, were kind to one another, and kept the house in an orderly fashion. I will never forget her Saturday work days, and the big pot of wassail she made during the holidays.”

Each year for Aunt Mae’s birthday on December 17, the scholarship recipient is asked to place a poinsettia on her gravesite in nearby Andersonville National Cemetery, where she was buried alongside husband and World War I veteran Sgt. John Carver Hamilton.

The Walter Mae Hamilton Scholarship is now approaching $50,000. If you would like to contribute to this fund in memory of Aunt Mae, please contact the GSW Foundation at 229-931-2014, or email foundation@gsw.edu.