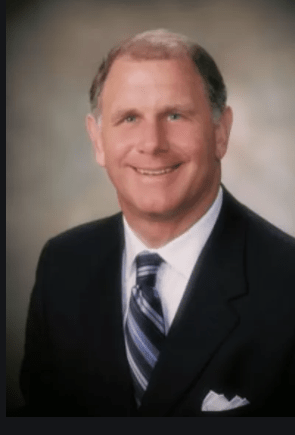 Mayor Blount and the Americus City Council met for their regular meeting on Thursday, December 18, 2020. In closing the meeting Mayor Blount mentioned the difficulties of 2020 and praised the employees and citizens in their ability to “pull it together during hard times. We are not through the storm yet, but we are better than we were in March.” The mayor opined about our southern culture and how we hold family and loved ones dear. “It is hard not to have family around during the holidays, we like to embrace. But we have to be mindful of surroundings and take care of ourselves and our loved ones.” After providing his encouragement he stated, “Fifteen years ago citizens voted me in office…next year marks the 4th year of my 4th term. I will not be seeking re-election in 2021. I feel like other people who would like to serve should have the opportunity. It has been my honor and privilege to serve for 16 years.” Mayor Blunt then reminded the citizens that qualifying will start in August of 2021.

In other action of the evening the second and final public hearing was held in relation to the $31.5 million dollar budget of 2021. No one spoke. The millage rate will return to 13.12 from the 11.12 where we were taxed secondary to good financial planning. Utility rates will stay the same except for garbage which will see an increase of 3%.  Later in the meeting the budget would be unanimously approved. Following the hearing, the consent agenda as presented at last week’s meeting was accepted unanimously.

Voting issues were all passed, except for two. The first of the voting items was to take over the service and costs associated with a lift station servicing the new high school. At the last meeting it was presented the lift station costs the city between $700-$1000 a month. The council denied the request 4-2 with Councilman Brown and Councilman Dowdell voting in favor of Americus citizens to pay for services in the county. Mayor Blount then requested Interim City Manager, Diadra Powell to go to South Georgia Technical College, who the city is also financing a lift station for, and to the high school with a recommendation. Secondly, the city voted to unanimously approve an invoice for over $670,000 for the resurfacing of North Jackson Street. The next vote was to appoint Michael Green as the Municipal Court Judge. The motion was passed 5-1 with Councilman Dowdell voting in opposition. In a unanimous vote, the fee schedule ordinance was approved. By a vote of 5-1, with Lou Chase voting in opposition, Daryl Dowdell was appointed mayor pro-tempore. Policy changes regarding the legal gazette were approved unanimously. The council appointed the Americus Times-Recorder (ATR) as the legal gazette by a vote of 5-1, with Daryl Dowdell voting against. Councilman Dowdell stated a writer for the ATR had referred to 4 members of the council as “cockroaches” and “vile and disgusting.” Councilman Pless remarked it was “unacceptable.” Also by a unanimous vote, appropriately completed alcohol licenses will be renewed in 2021. The city charter will propose changes to the position of city manager to include deletion of residence within the city limits and offering of a contract up to 4 years. Council voted 2-4 to deny bids to be sought out for Brookdale Park. Those in favor were Dowdell and Brown, those against were Christmas, Chase, Wilson and Pless. Brown asked the opposing members to state their reasoning for the vote, however this was deemed inappropriate and Mayor Blount suggested Brown seek out the council member’s opinion outside of the meeting.

The council then went on to make several citizen appointments to various boards and authorities.

During announcements, Diadra Powell remarked on the COVID-19 trends and reported the city employees are steadfast in their efforts to mitigate the spread. The council then wished the citizens a Merry Christmas a Happy New Year and wishes for continued safety. After Mayor Blount’s announcement, the meeting was adjourned.