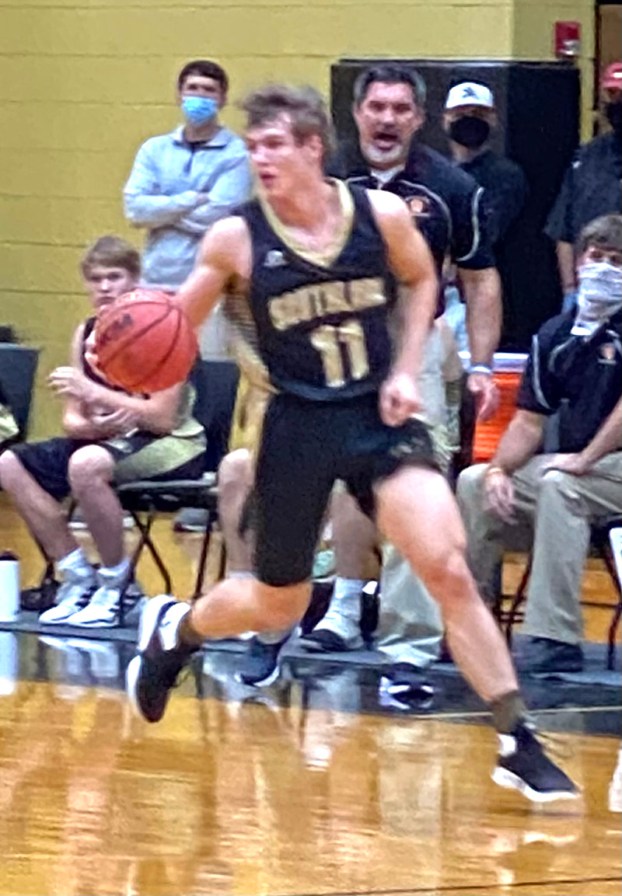 Southland Academy senior shooting guard Max Foster knocked down seven three-pointers and scored a game-high 24 points to lead the Raiders to a 50-39 victory over Lee-Scott Academy in the first round of the annual Border Wars Tournament at the Glenwood School in Phenix City, AL. ATR Archive

PHENIX CITY, AL – Southland Academy (SAR) senior shooting guard Max Foster drilled seven three-pointers and scored 24 points to lead the Raiders to a 50-39 victory over Lee-Scott Academy from Auburn, AL in the first round of the annual Border Wars Tournament on Monday, December 28, at the Glenwood School in Phenix City, AL.

With the win, SAR improves to 4-2 on the season, while the LCA Warriors drop to 2-5.

While SAR Head Coach Rundy Foster was extremely pleased with his son’s performance, he was also pleased with how senior guard Nathan Duke, who scored eight points in the contest, was able to direct the Raiders’ offense.

Coach Foster was also pleased with how his squad played on the defensive end. “I felt like our defense was really good in the first half holding them to 15 points, which gave us enough cushion to win the game,” said Foster.

The Raiders will now turn their attention to their second game of the tournament against the host school: the Glenwood Gators. Glenwood won its first game of the tournament on Monday by defeating Piedmont Academy from Monticello, GA by the score of 86-53. With that win, the Gators improve their overall record to 10-1 on the season.

The start time of the game between the Raiders and Glenwood is scheduled for Tuesday, December 29, at 5:30 p.m. EST.

The Year in Review: Local area sports teams experience year like no other

AMERICUS – For many high school and college student-athletes in Sumter and Schley County, 2020 will be a year they... read more