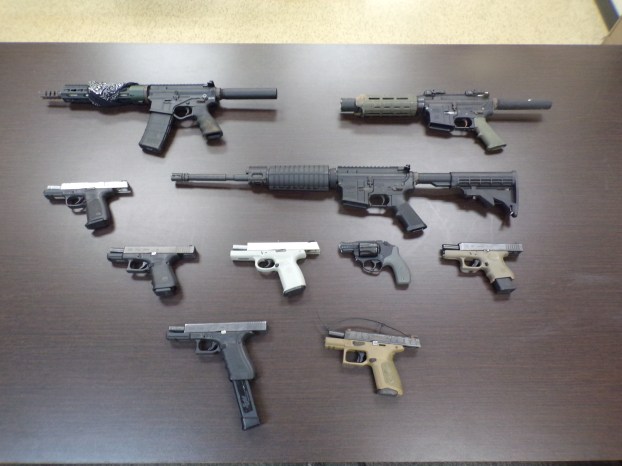 Mark A. Scott, Chief of Police

MEDIA ADVISORY/PRESS RELEASE
For Immediate Release No: 2020-17
December 30, 2020
Recovered Firearms
On December 29th, 2020 at 5:15 PM officers of the Americus Police Department
responded to a complaint of possible criminal activity in the 300 block of Poplar Street.
Upon arrival in the area officers observed a group of male subjects in the yard of a
residence who quickly dispersed upon seeing police arrive. Officers made contact with
the resident of the house and were given permission to check the area for contraband.
The officers located a number of firearms concealed in different areas of the yard and
in vehicles, along with a quantity of marijuana. Two of the firearms have been
confirmed as stolen. Investigators are attempting to trace the owners of the remaining
firearms. Earlier in the day, members of the Sumter County Sheriff’s Office recovered
two firearms that were confirmed stolen from the City of Americus. Investigation is
continuing and charges related to these firearms are pending.
All four of the stolen firearms were taken from the owner’s vehicles. Citizens are
reminded that it is never a good idea to leave valuables, particularly firearms, inside
parked vehicles.