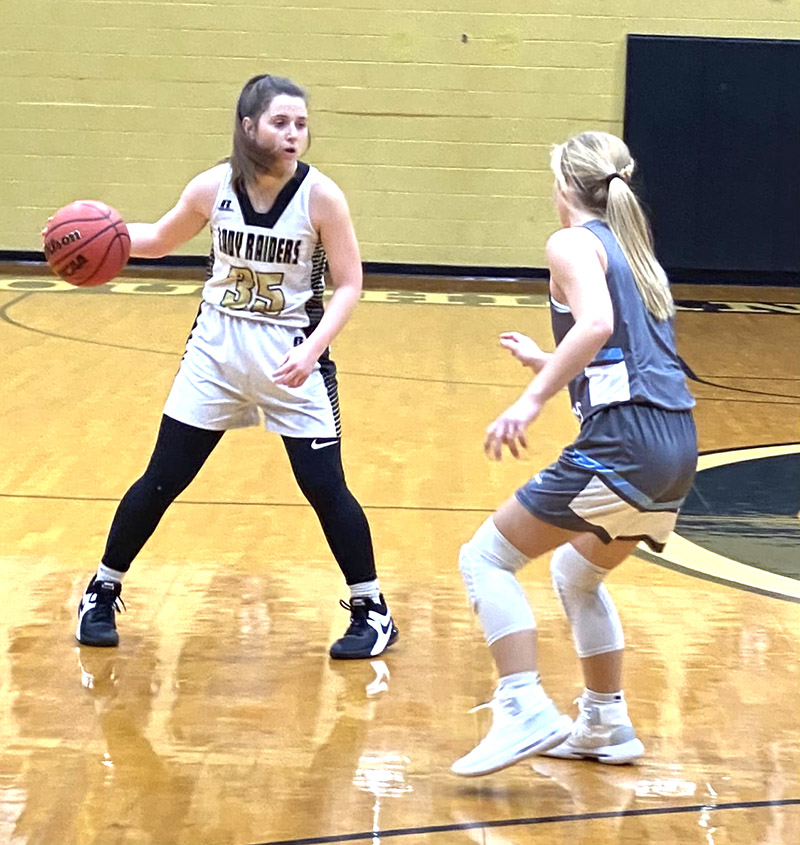 Southland Academy freshman guard Riley Mitchell (#35) is seen here in a previous game this season. Mitchell led the Lady Raiders in scoring with nine points in their loss to Glenwood (AL) at the annual Border Wars tournament in Phenix City, AL. ATR Archive

PHENIX CITY, AL – After a strong showing in its 45-31 victory over Lee-Scott Academy in their first game of the annual Border Wars tournament in Phenix City, AL, the Southland Lady Raider basketball team (SAR) was hoping to duplicate that success in its second game of the tournament against Glenwood, the host school.

However, the Lady Gators limited SAR’s offensive attack and handed the Lady Raiders a 39-29 loss on Tuesday, December 29, at the Glenwood School.

Riley Mitchell led the Lady Raiders in scoring with nine points and Haleigh Warren had seven. Morgan Weaver scored six points and Maddie Crisp chipped in five in the losing cause.

With the loss, the Lady Raiders fall to 6-2 on the season, while the Lady Gators improve to 10-1.

The Lady Raiders will resume play at home on Tuesday, January 5, when they take on Terrell Academy at 6:30 p.m. In their last meeting against the Lady Eagles in Dawson on Friday, December 4, SAR took down the Lady Eagles 43-25.