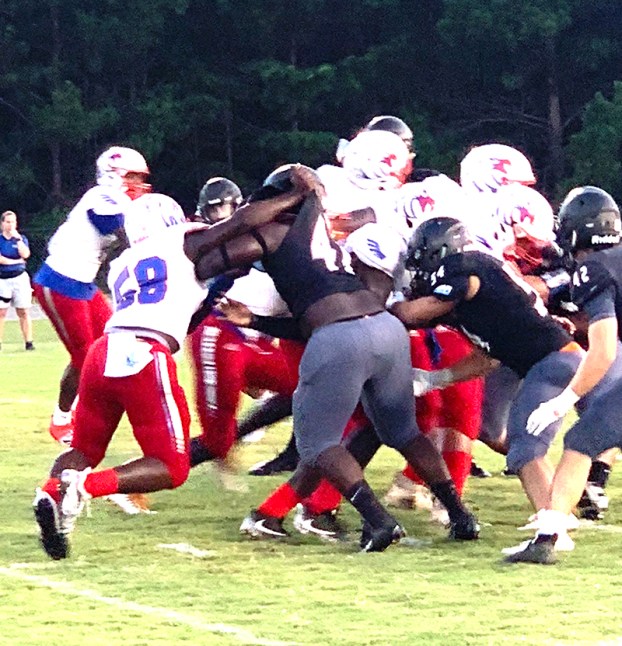 Schley County senior defensive tackle Zavian Solomon (#41) was recently named the Region 5A-Public Defensive Player of the Year for his performance during the 2020 season. Photo by Sheila DeVane

Schley County football players are honored for their accomplishments in 2020

ELLAVILLE – It was a tumultuous year; a year like no other in our lifetime. However, in spite of all the chaos and turmoil caused by the COVID-19 pandemic, the 2020 Georgia High School football season was able to begin and was able to be completed.

Many teams and individual players around the state accomplished quite a lot in 2020. Some of those players are members of the Schley County High School Football Team and those players were recently honored for their accomplishments on the field.

Region 5A-Public, the region the Wildcats are members of, recently announced their 2020 All-Region selections and several Wildcats made the list.

Schley County Senior Defensive Tackle Zavian Solomon was named the Region 5A-Public Defensive Player of the Year. During the 2020 season, Solomon had a total of 59 tackles, with 25 of them being solo tackles and 11 of them resulting in tackles for loss. Here are the names of the other Wildcats who received All-Region honors:

From Staff Reports   AMERICUS – In what looked like it would’ve been a slow, low-scoring game after accounting for... read more