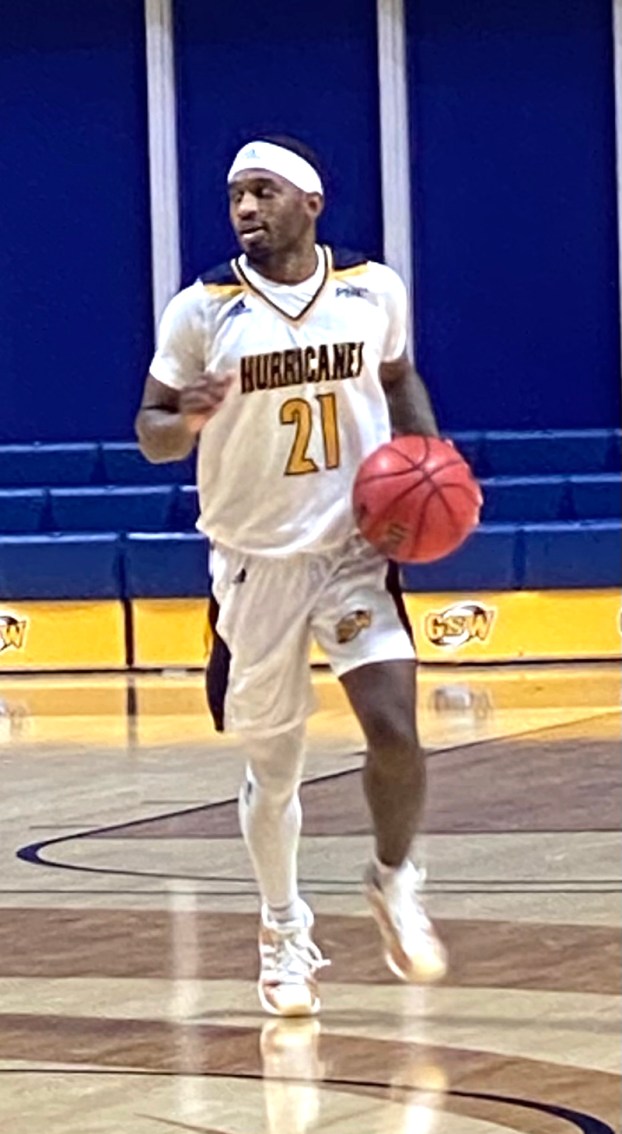 GSW senior point guard Kahlon Whitley scored 24 points on 5 of 9 shooting from beyond the arc to lead the Hurricanes to a 67-66 upset victory over 10th-ranked Augusta University on Saturday, January 16, at the Storm Dome. ATR Archive

The Hurricanes turned in their best shooting effort of the season from three-point range, draining 10 of 27 shots from beyond the arc (37 percent), while holding AU to 5 of 20 three-pointers (25 percent). The smothering GSW defense collected six more steals (9-3) and forced six more turnovers (16-10). With 7-foot-1 Tyshaun Crawford in the middle, AU finished with a 47-35 rebounding advantage. Assists were even at five apiece.

GSW senior point guard Kahlon Whitley led the way for the Hurricanes with 24 points behind 5 of 9 shooting from beyond the arc. Whitley also added six assists and three steals. C.J. Hood was called on for 31 minutes of action off the bench and delivered with 18 points. He made 7 of 14 shot attempts, including 2 of 4 from long range.

After overtime loss in Macon, Lady Panthers rebound with win over Crisp County