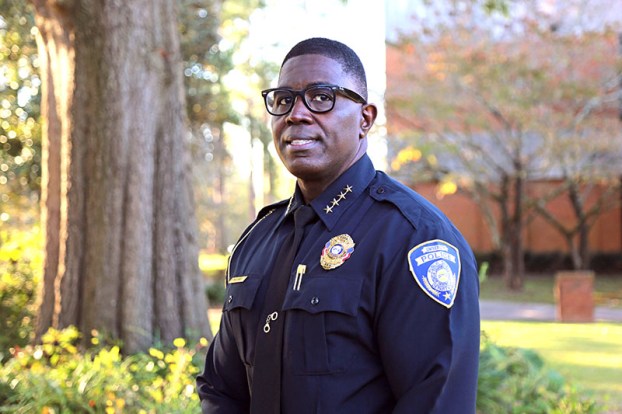 “I feel very fortunate to have been selected for the position previously held by Chief Michael Tracy,” Lewis said. “Working with him day in and day out to strengthen the department gives me the advantage of having the blueprint needed for continued growth.”

Lewis has served GSW’s campus for nine years, having first joined Public Safety as an officer in June 2012. He was promoted to sergeant in May 2016 and served as interim director for four months before being named director.

“My vision for the department is to maintain a high level of professionalism, which lends itself to develop relationships with the GSW community, as well as our Americus and Sumter County area,” Lewis noted. “I feel it is important to work together to create that environment of safety and community on campus alongside men and women in Public Safety who are totally committed to providing that safe environment.”

“I have great confidence in Chief Lewis and his leadership of the campus police,” said GSW President Neal Weaver, Ph.D. “He is well-established and well-respected by local law enforcement and the Americus community. I know he will protect our community and continue the great work of Chief Tracy through his goal of having a highly-trained and efficient public safety department.”

Lewis has over 29 years of experience in law enforcement, most of which has been served in Southwest Georgia. He worked for both the Americus and Montezuma Police Departments in the 1990s before transitioning to the Georgia Department of Public Safety, where he worked for over 10 years. Lewis holds Georgia Police Officer Standards and Training (POST) certification and is POST certified as a general instructor. He has experience in investigation, administration, and patrol.

Lewis earned his bachelor’s degree in Criminal Justice Administration in Dec. 2012 from Columbia Southern University. He and his wife Lisa reside in Americus. Lewis has four children: Dez Sellars, Redesha Lewis, Breanna Floyd, and Nolan Monts. Lewis is a member of Omega Psi Phi fraternity, formerly served as a school board member for the Sumter County School System, and was previously actively involved in the Boys and Girls Club of Americus.