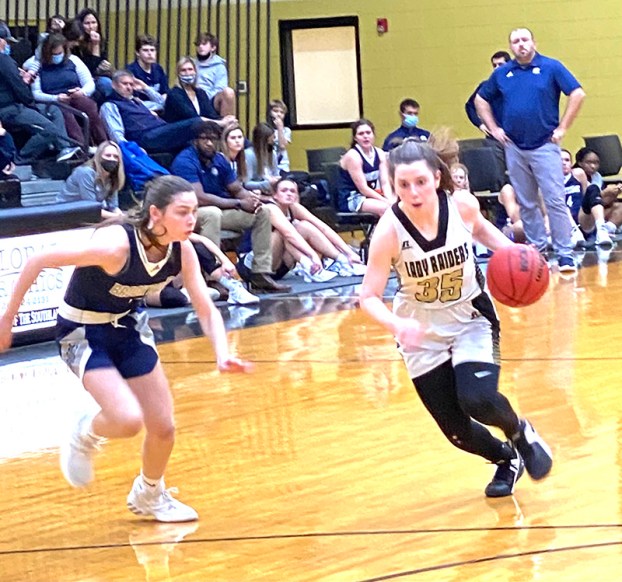 AMERICUS – The Southland Academy Lady Raider Basketball Team (SAR) did what they normally do in their 52-26 GISA Region 3-AAA victory over Brookwood (BKW) on Friday evening, January 22. They used their defensive pressure to create their offense, but they were also able to get offensive production from several different players.

In spite of the large margin of victory, SAR Head Coach Ty Kinslow has great respect for the Lady Warriors, who are the defending GISA Class AAA State Champions.

“They’re a great team,” said Kinslow. “It was a close game all the way until halftime, but we did start stretching out the lead a little bit in the second quarter with our defense. We challenged our girls that they (BKW) have a very good team and we challenged our girls that there are certain things we wanted to do tonight. Our girls did a great job with it. Balanced scoring, great defense, as a coach, you can’t be any more excited about a team having a great team win. Everybody did their job and played their role. I’m very proud of them.” 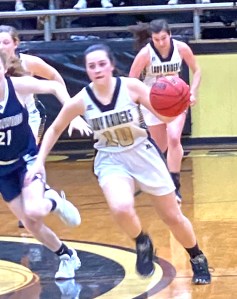 Riley Mitchell led the Lady Raiders in scoring with 12 points and both Maddie Crisp and Haleigh Warren each scored nine points. Morgan Weaver scored eight points and Holly McCain scored seven for SAR in the winning cause. 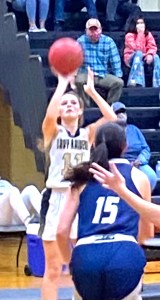 Southland Academy Reese Roland (#11) is about to take a shot from the corner. Roland scored nine points in the Lady Raiders’ win over Brookwood.
Photo by Ken Gustafson 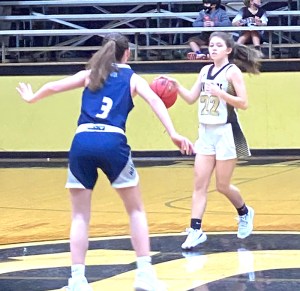 The Lady Raiders continued to play strong, solid defense in the third quarter and went on a 7-0 run to extend their lead to 32-13. BKW continued to press full-court, but SAR continued to break that press and was able to run its offense. During the closing minutes of the third quarter, Reese Roland was able to knock down a three-pointer to give SAR a 35-16 lead. During this period of the game, the Lady Raiders continued to exert their defensive pressure and were able to score points off turnovers. As a result of its dominating performance in the second half, SAR went on to win 52-26. 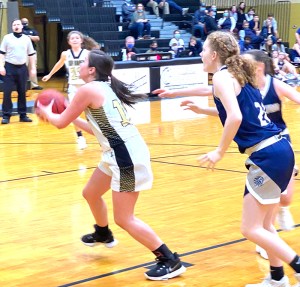 Raiders use offensive explosion in second half to overwhelm Brookwood

AMERICUS – Led by seniors Owen Exley and Max Foster, who each scored 15 second half points, the Southland Academy... read more