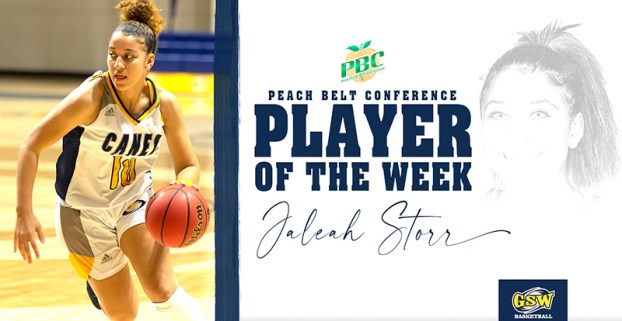 This makes it her first POTW award and third in GSW women’s basketball history.

Storr turned in a monster week as the Lady Hurricanes went 1-1 to move into fifth in the conference standings. The freshman from McDonough, GA averaged 23 points and three rebounds per game, shooting 48 percent from the floor and 43 percent from three-point range. She hit 5-of-9 shots and her only three-point attempt for 17 points in a loss at Clayton State.

Storr then poured in a career-best 29 points as the Lady Hurricanes beat Flagler 68-65 in overtime on the road. As a result, she vaulted to 16th in the PBC in scoring with her performance and is also ranked 21st in three-pointers made per game.