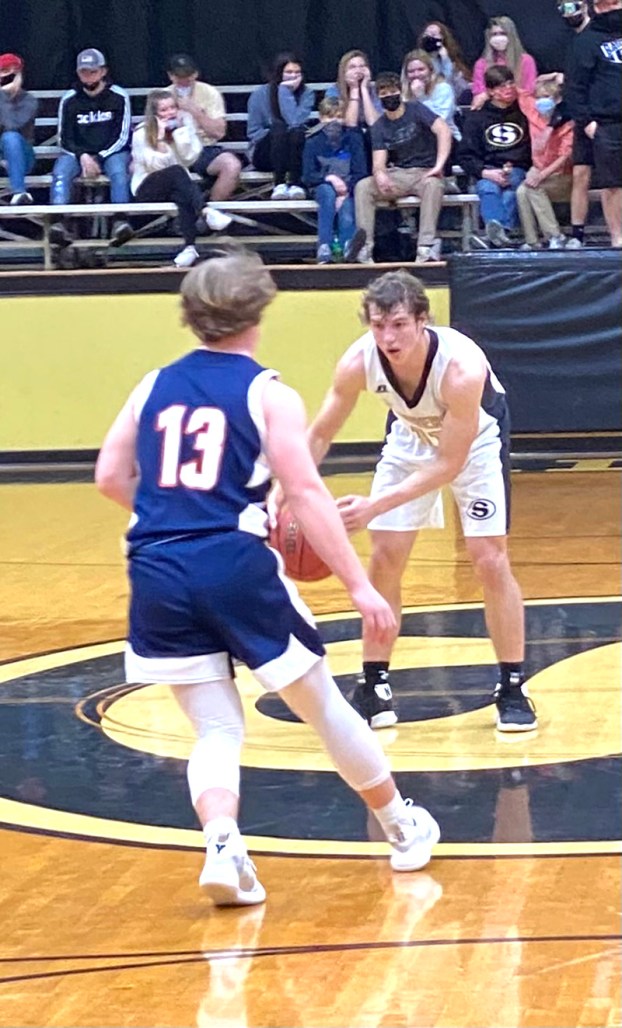 Southland Academy senior shooting guard Max Foster advances the ball up the court against Valwood. Foster led the Raiders with 17 points in their victory over the Valiants. Photo by Ken Gustafson

Raiders’ winning streak at seven with win over Valwood

AMERICUS – the Southland Academy Boys’ Varsity Basketball Team (SAR) is clicking to say the least. The Raiders pushed their winning streak to seven games with a 55-42 victory over their GISA Region 3-AAA opponent Valwood (VS) on Friday, January 29, at the Melvin Kinslow Gymnasium.

With the win, the Raiders improve to 11-3 overall and are in first place in the Georgia Independent School Association (GISA) Region 3-AAA standings at 4-0.

Late in the third quarter, the Valiants were still within striking distance, as the Raiders only led 38-30, but SAR turned up the heat in the fourth quarter and outscored VS 17-12 the rest of the way to secure the victory.

“I thought that our defense was pretty good and above average for the whole game,” said SAR Head Coach Rundy Foster. “I thought offensively, we were more patient in the second half, which led to a few more open shots and a few more easier shots for us and I think that helped us build our lead. The time to dribble penetrate or get the ball to the basket is when the defense is recovering, not when the defense is already set and in front of you. It’s much harder to go around somebody when they’re set and ready to play defense. If we can move the basketball and move ourselves well on the offensive end, we are going to have opportunities where they are recovering and when we have the ball in our hands, but we’ve got to create those opportunities.” 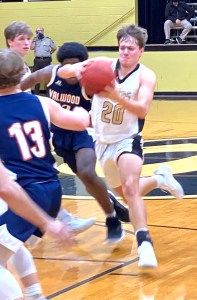 Southland Academy senior guard Owen Exley drives to the basket against Valwood. Exley scored 14 points in the win over the Valiants.
Photo by Ken Gustafson

During the second half, the Raiders were able to execute their motion offense and. As a result, they were able to find the open man for points on a few occasions. One example of that came when Carmelo Volley scored after getting open to receive a pass on the inside.  Volley was fouled on the play and made the free throw to give the Raiders a 43-30 lead.

“We don’t have really a post up player,” said Foster. “We’ve got five guys usually on the floor that can either (A) shoot the ball, or (B) get the ball to the basket. It’s going to be hard to guard us if we are patient on the offensive end and move the basketball. If we’re not, it’s pretty easy to guard us.” 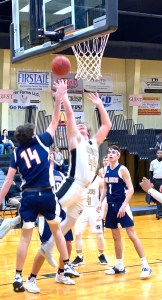 The Raiders had two players score in double figures. Max Foster led all scorers with 17 points, including three made shots from beyond the arc. Owen Exley was also in double figures with 14 points. Buddy Brady, who hit two three-pointers in the second quarter, almost cracked the double-figure scoring column with eight points on the night. 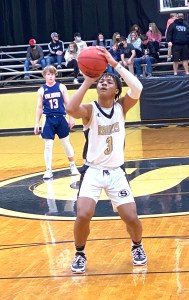 After one half of play, SAR had a 31-25 lead at the intermission. The Raiders outscored the Valiants 8-5 during the first few minutes of the third quarter to take a 38-30 lead. However, from that point on, SAR would take control of the contest. The Raiders began their dominance by going on a 5-0 run, which was capped off by a basket from Chase Ledger. For the remainder of the contest, the Raiders neutralized any attempt the Valiants made to cut into the lead to mount a comeback.

Nate Williams led the Valiants in scoring with 13 points and Russell Hunter chipped in 10 in the losing cause.  The loss drops VS down to 5-7 overall and 1-3 in the Region 3-AAA standings.

Owen Exley tries to save the ball from going out of bounds.
Photo by Ken Gustafson

Up next for the Raiders is a stiff test at home from former GISA Region 3-AAA rival Deerfield-Windsor on Saturday afternoon, January 30. Going into their Region 1 A-Private game against Tatnall Square in Macon on Friday, the Knights were 9-8 overall and in third place at 4-3 in the region standings. Tip off for Saturday’s game is scheduled for 2:30 p.m.

From Staff Reports   JACKSON, GA – After getting off to a really slow start in this game, the Americus-Sumter... read more