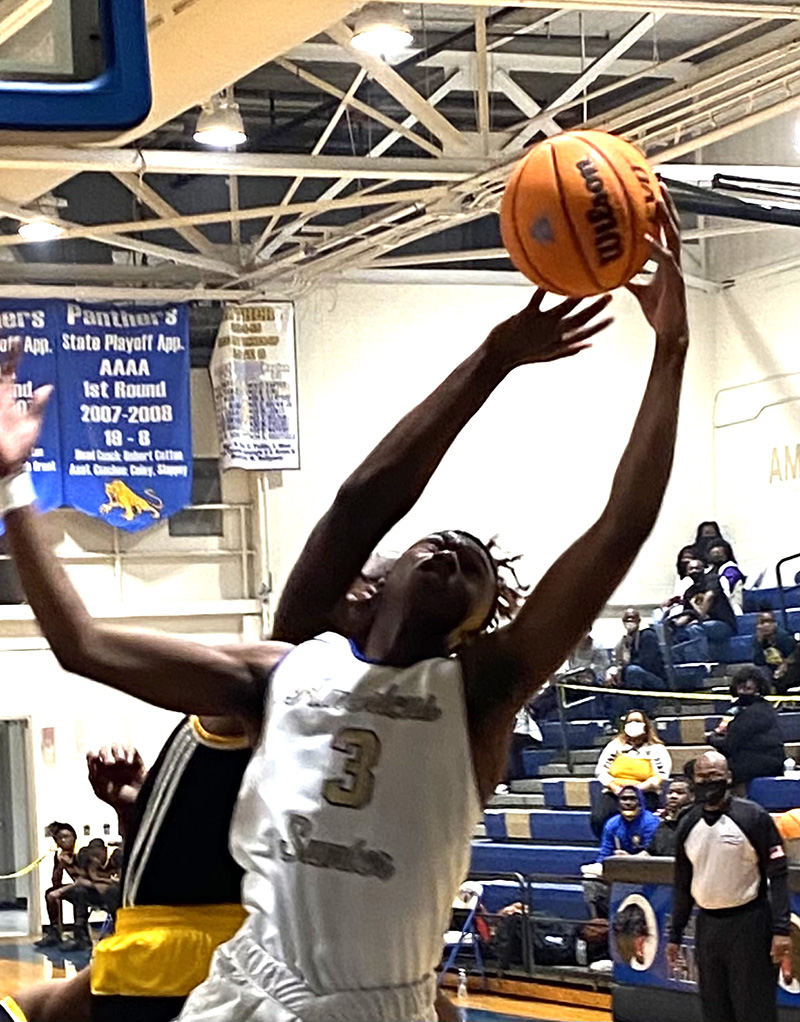 CORDELE, GA – Unlike the last meeting between Americus-Sumter (ASHS) and Crisp County, which came down to a basket by Cameron Evans that gave the Panthers a 64-63 victory, the second meeting between these two rivals was pretty much controlled by the Panthers. Led by Keldrick Flemming’s 23 points, ASHS was able to take control of the game and cruised to a 61-46 victory over the Cougars on Friday, January 29, at Crisp County High School.

With the win, the Panthers improve to 12-3 overall and are currently 9-1 in the GHSA Region 2-AAA standings.

In addition to Flemming’s offensive explosion, both Brandon Pope and Darion Mitchell each poured in 10 points for ASHS. Cameron Evans, Kyric Davis and Michael Johnson each chipped in five points in the winning cause.

Up next for the Panthers is a home game against Pike County on Tuesday, February 2, at 7:30 p.m. In the last meeting between these two teams on Friday, January 8, the Panthers drubbed PCHS 86-6.

Then on Friday, February 5, ASHS will host another region opponent; the Bulldogs of Mary Persons. In the last meeting between these two clubs, which took place in Forsyth on Thursday, January 12, the Panthers came out on top 63-50. Tip off for Friday’s game against MPHS at the Panther Den is scheduled for 7:30 p.m.