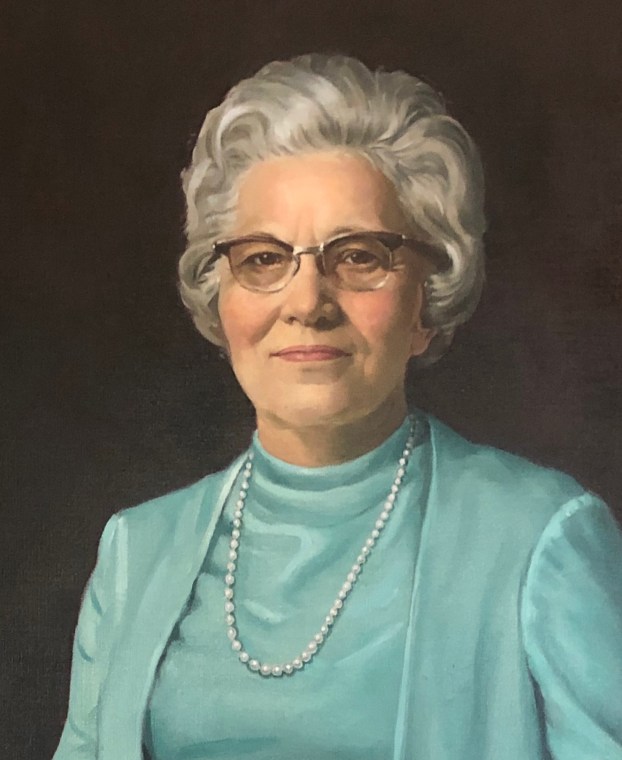 PLAINS, Ga. – The Plains Historical Preservation Trust has been notified that Allie Murray Smith will be inducted into the Georgia Women of Achievement Hall of Fame next month in Macon.

The nomination of Mrs. Smith, mother of former first lady Rosalynn Smith Carter, was submitted by the Plains Historical Preservation Trust, of which Mrs. Carter serves on the Board of Directors.

Allie Murray Smith is one of four women to be inducted into the 2021 Hall of Fame. Other inductees include Ruby Anderson of Oconee County; Mary Givens Bryan of Atlanta; and Laura Pope Forester of Akridge. The induction ceremony is scheduled to take place at 11 a.m. on the campus of Wesleyan College in Macon on Wednesday, March 10.

“We are beyond proud that Miss Allie was chosen this year for induction,” said Steve Short, president of the Plains Historical Preservation Trust. “Few women in Georgia have achieved what Allie Smith achieved, and through her example led to the critical role of caregiving and doing for others what she inspired a first lady of the United States to do. Not only in Plains did she set an example, but through her travels as a goodwill ambassador with People-to-People and the Friendship Force during the Carter administration, she brought notoriety to our area. Her influence was felt in the community long before her impact was made around the world.”

Mrs. Smith, a 1926 graduate of what is today Georgia College & State University in Milledgeville, was honored in 1978 with the “Alumni Mother of the Year” award. She became widowed at the age of 34, and thereafter worked numerous jobs to raise her family, including in a grocery store, the school cafeteria, and 29 years at the Plains Post Office. For decades, she served as caregiver for her widowed father. Her long history of employment proved to be the primary example of work ethic that led Rosalynn Carter to establish the Rosalynn Carter Institute for Caregiving in Americus in 1987. That institute today serves more than 50 million family and professional American caregivers.

A Plains Historical Preservation Trust committee comprised of Short, Annette Wise and Christina Walker did the tedious research for Mrs. Smith’s nomination, along with assistance from other Board of Directors members. Submissions for 2021 were due last September, and the selections were made months later.  Other PHPT Board of Directors members include Lonnie Wise; Marcia Boyd; Bernstein Hollis; Mary Minion; Patsy Ritch; and President Jimmy Carter.

Every March, during Women’s History Month, a select number of women who have made a lasting impact on the state of Georgia and beyond are recognized. The women, driven by purpose, were brave and courageous trailblazers, and today serve as an inspiration for all. Nominations are accepted on an ongoing basis by GWA’s Board of Selections. To be considered for induction, a nominee must: be a native of, or clearly identified with Georgia; have made exceptional or enduring contributions in the field of their endeavor; serve as an inspiration to future generations; and be deceased for five or more years.

For information on the March 10 induction ceremony,  contact Abit Massey at abitmassey5525@gamil.com or Dr. Penny Elkins at Elkins_pl@mercer.edu or call 478-301-2120.

Phoebe names Physicians and APP of the year

Albany, Ga. – Two Phoebe physicians who have played vital roles during the COVID-19 pandemic are being honored for their service... read more