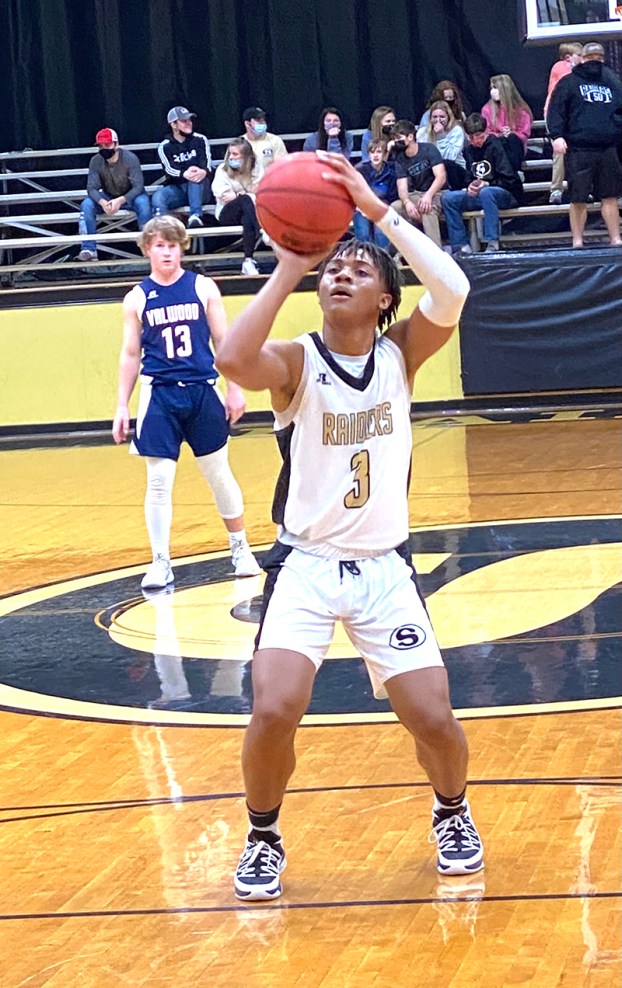 Southland Academy junior forward Carmelo Volley (3) scored 15 points and went 3 for 3 from beyond the arc to help lead the Raiders to a 50-29 win at Brookwood. ATR Archive

Volley and Exley lead Raiders in win over Brookwood

Both Volley and Exley led the Raiders in scoring with 15 points each. Volley had a particularly good shooting night, as he went 3 for 3 from beyond the arc and made 6 of 7 shots overall from the field.

With the win, the Raiders improve their overall record to 14-3 on the season and have clinched the #1 seed in the GISA Region 3-AAA Tournament, which will be played at the GSW Storm Dome Thursday and Friday, February 18-19.

The Raiders will have one final regular season home game. They will host the Westfield Hornets for Senior Night on Monday, February 8, at 7 p.m. SAR’s last game of the regular season will be played at Westwood in Camilla on Tuesday, February 9. Tip off for that game is scheduled for 6 p.m.

ELLAVILLE – After their 56-43 win over Greenville the night before, the Schley County Wildcat Basketball Team (SCHS) was hoping... read more