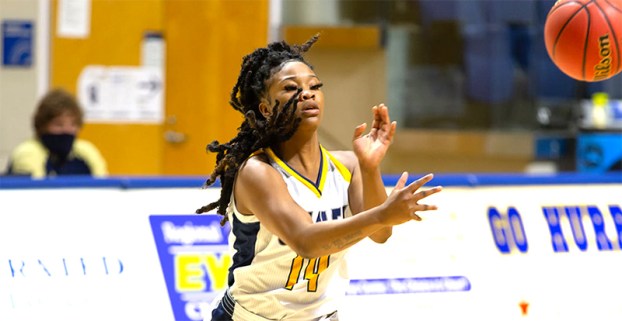 The Lady Hurricanes had a slow start, being down by five points to open the first 10 minutes of the game. Jaleah Storr went 1-for-2 from the free throw line that put the first points on the board for GSW, 5-1, just two minutes into the opening quarter. Midway through the first, Daelyn Craig drained her first three of the day to tie the game at 7-7. Both teams went scoreless for three minutes but GC went on an 9-2 run into the second quarter, up 15-11 to end the first.

With 6:12 remaining in the third quarter, GSW took an 11-point lead, 38-27.  They scored 20 points in back-to-back quarters for the win. Both teams drained five three-pointers and they also finished 12-for-17 from the line, draining 12-of-17, for 70.6 percent. GSW had a 43-35 rebound advantage over GC but both teams finished with nine turnovers.

Lex Chatman and Craig both finished with 16 points, with Craig leading with six rebounds and four steals.  Harper Vick led the Bobcats with 18 points while Keyonna Wesley finished with 10 points.

The Lady Hurricanes returns home to host Clayton State on Wednesday, Feb. 17. Tip off is scheduled for 5:30 p.m.