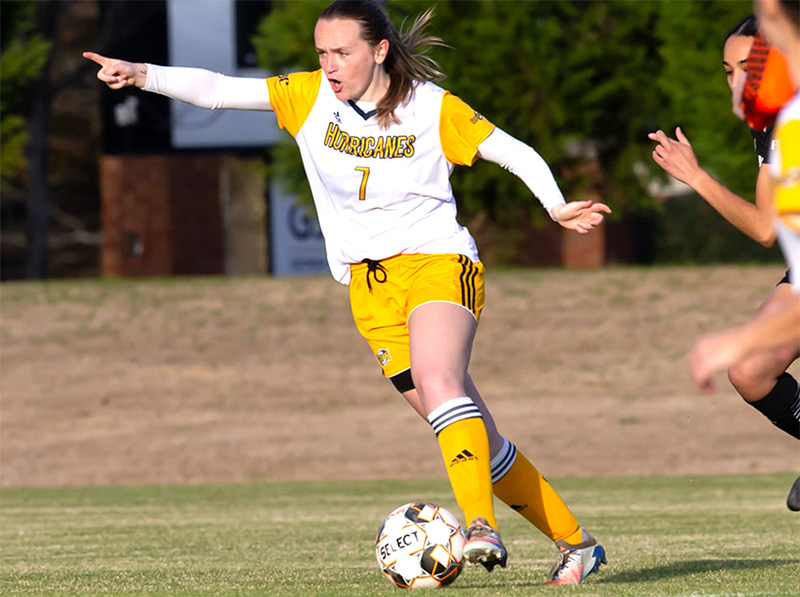 YOUNG HARRIS, GA — The Georgia Southwestern women’s soccer team gave up a late second half goal that led to a 1-0 win for Young Harris College during a Sunday match.

After being scoreless for 63 minutes, Trinity Chastain had a goal kick into the left field where YHC took the ball. The Mountain Lions took the ball upfield for a shot but their first attempt was blocked and saved by Chastain. Unfortunately, the ball rolled free and YHC was able to get a second attempt, landing the sole goal of the day as the goalkeeper was out of place.

The Lady Hurricanes returns home to host Lander on March 1, kickoff is at 7 p.m.