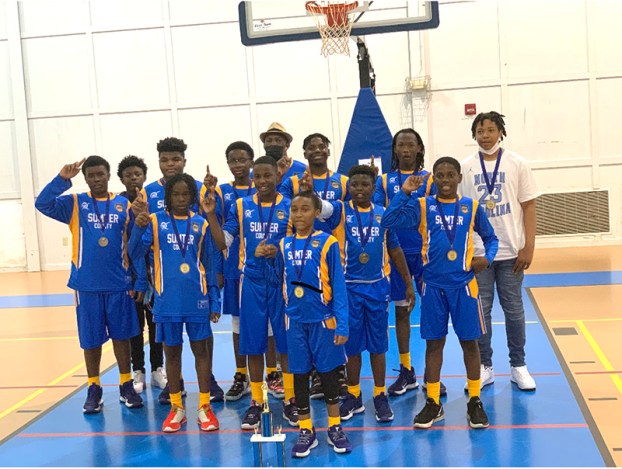 THOMASVILLE – The Sumter County Parks and Recreation Department (SCPRD) continues to turn out outstanding teams and young athletes. This fact was proven once again as both the 12U (11 & 12 year-old) and the 10U (nine & 10 year-old) SCPRD boys’ all-star basketball teams won their district tournaments in Thomasville on Saturday, February 27. By virtue of winning their district tournaments, both teams will be headed to the Georgia Recreation and Parks Association (GRPA) state tournaments this coming Friday and Saturday, March 5 and 6. In addition to the success of the two boys’ all-star teams, the SCPRD 12U (11 & 12 year-old) girls’ all-star team has also qualified for its GRPA state tournament, which will take place in Clarkesville, GA in Habersham County on Friday and Saturday, March 5 and 6.

Dwight Harris, who serves as the coach of the 12U boys’ team, is excited and extremely pleased with his group’s success, as well as the success of the other two teams going to state, but he emphasizes that the SCPRD wants to do more than just teach and coach basketball.

“We don’t just teach basketball. We also teach the basic fundamentals of life. We hope that these young men will always be champions on and off the court. There’s no rest in being the best,” said Harris. 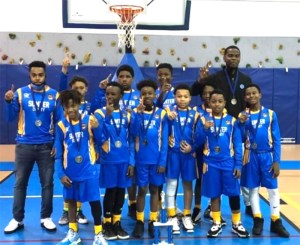 The 12U team dominated its competition in the district tournament on its way to the district championship. The Sumter County team defeated Bainbridge in the first round 85-23 and then defeated Mitchell County in the semifinals 87-18. That put them in the championship game, in which they defeated Thomasville YMCA 86-30 to claim the district title.

The 10U boys’ team, which is coached by Brandon Gooden, began its march to the district championship by defeating Mitchell County in the first round 40-29. This put them in the championship game, in which they defeated Thomasville YMCA 54-22.

“Our boys played hard. They are well disciplined and determined. They deserve to be champions,” said Gooden.

Panthers’ season comes to an end with loss to Cross Creek

AUGUSTA – After seeing the Americus-Sumter Lady Panthers lose to Cross Creek (CCHS) in the second round of the state... read more