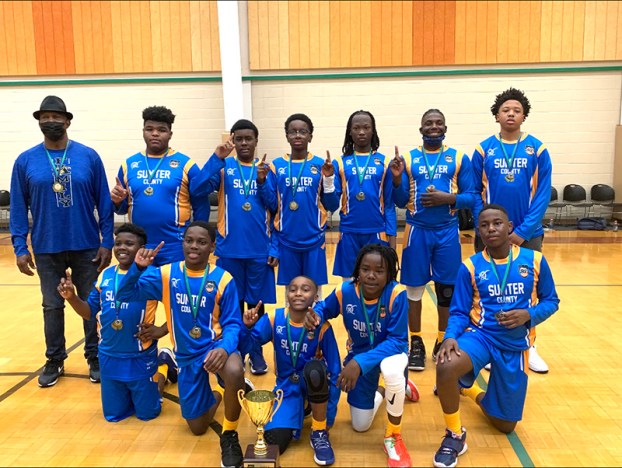 CHATSWORTH, GA – Having won their district tournament the week before, the 12U (11-12 year-old) Sumter County Parks and Recreation Department (SCPRD) boys all-star basketball team went up to Chatsworth, GA to compete in the Georgia Recreation and Parks Association (GRPA) State Tournament on Friday and Saturday, March 5-6. The Sumter County All-Stars did Americus and Sumter proud as they were able to bring home another GRPA state title by beating Glynn County 74-37 in the championship game.

Having claimed another state title for Sumter County, the SC All-Stars will now turn their attention to Blufton, SC, where they will compete this Saturday, March 13, in the Border War Games, which will feature the best of Georgia against the best of South Carolina.

Schley County Wildcats fall to Worth County in pitchers’ dual

ELLAVILLE – After getting swept in two games by Perry High School 10-2 and 15-4 last week, the Schley County... read more