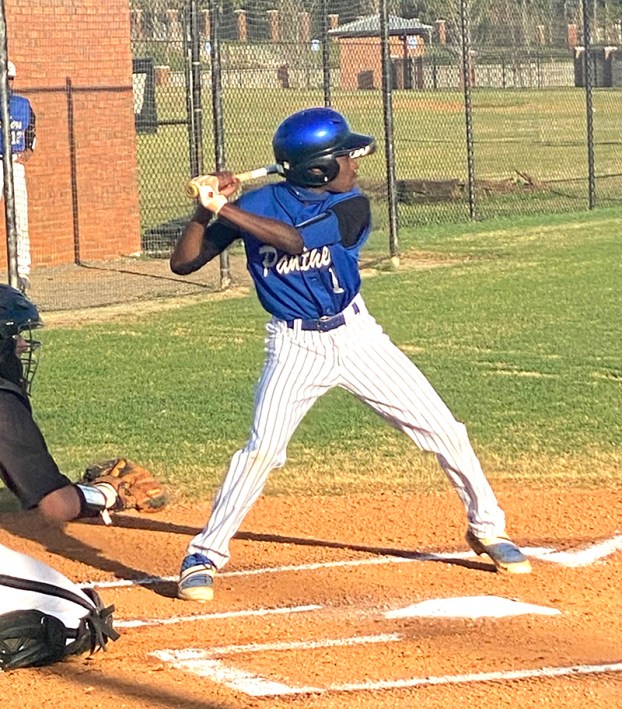 Wildcats’ first inning explosion too much for Panthers

ELLAVILLE – In the top of the first inning of the rematch between the Americus-Sumter Varsity Baseball Team (ASHS) and Schley County (SCHS), it looked as if the Panthers were going to put up a good “cat fight” in the game. However, though ASHS had runners on first and second with nobody out, both runners made base-running errors that effectively took the Panthers out of the inning and eventually, out of the game. Torrence Rush and Kylen Carter each singled to give ASHS a chance at taking an early lead, but Rush was caught in a run down between second and third and Carter was tagged out at third as he rounded the bag and tried to get back. Unfortunately for ASHS, those two mistakes on the base paths set the tone for the rest of the game. The Wildcats responded with 18 runs in the bottom of the first and went on to clinch a 19-1 victory over the Panthers on Thursday, March 18, at Schley County High School. 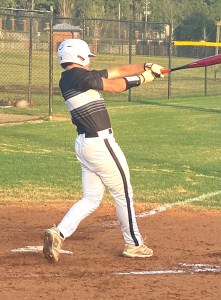 Schley County catcher Trypp Lumpkin belted a two-run home run over the right field wall in the bottom of the first inning in the Wildcats’ 19-1 win over Americus-Sumter.
Photo by Ken Gustafson

In total, the Wildcats scored 19 runs on only six hits and took advantage of three errors committed by the Panthers. The main problem for ASHS in this game was pitching. The Panthers used a total of four pitchers and they combined to walk 10 SCHS batters, while striking out only one. 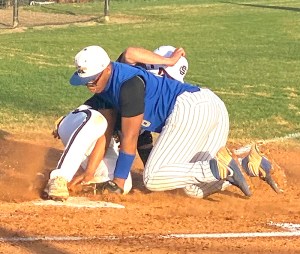 As for the Wildcats, six players came away with hits in this game. One of those hits was a two-run home run in the bottom of the first by Trypp Lumpkin. Brody Fuller, Tucker Welch, Tyler Cheek, Luke Renfroe and Owen Lamb earned the other five hits for SCHS. 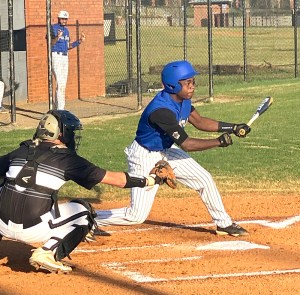 Americus-Sumter catcher Kylen Carter went 1 for 2 with a single in the top of the first inning against Schley County.
Photo by Ken Gustafson

However, it was a rough night for ASHS pitchers. Devon Dowdell started on the hill for the Panthers, but struggled from the start. Dowdell gave up 10 runs on three hits, but most of those runs were the result of five walks. Kameron Dunning came on in relief of Dowdell, but struggled as well. He gave up eight runs on two hits, walked three and struck out one. Cedric Smith only gave up one hit and Treshaun Brown gave up one run on and walked two batters. 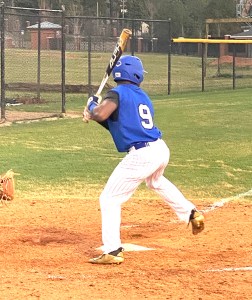 Americus-Sumter third baseman Anthony Tyson went 1 for 1 with a single and an RBI against Schley County.
Photo by Ken Gustafson 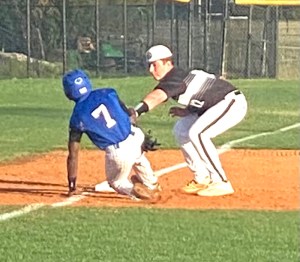 Schley County third baseman Athon Hines tags out Americus-Sumter’s Kylen Carter at third base in the first inning. Carter and Torrence Rush were both tagged out as a result of base-running mistakes.
Photo by Ken Gustafson

As for SCHS (9-5), the Wildcats are riding a three game winning streak and will travel to Cusseta, GA to take on Chattahoochee County in a Region 5A-Public contest on Friday, March 19. First pitch is scheduled for 5:30 p.m.  After that, the Wildcats will host Class AAAAAA power Lee County on Monday, March 22, at 5:30 p.m.