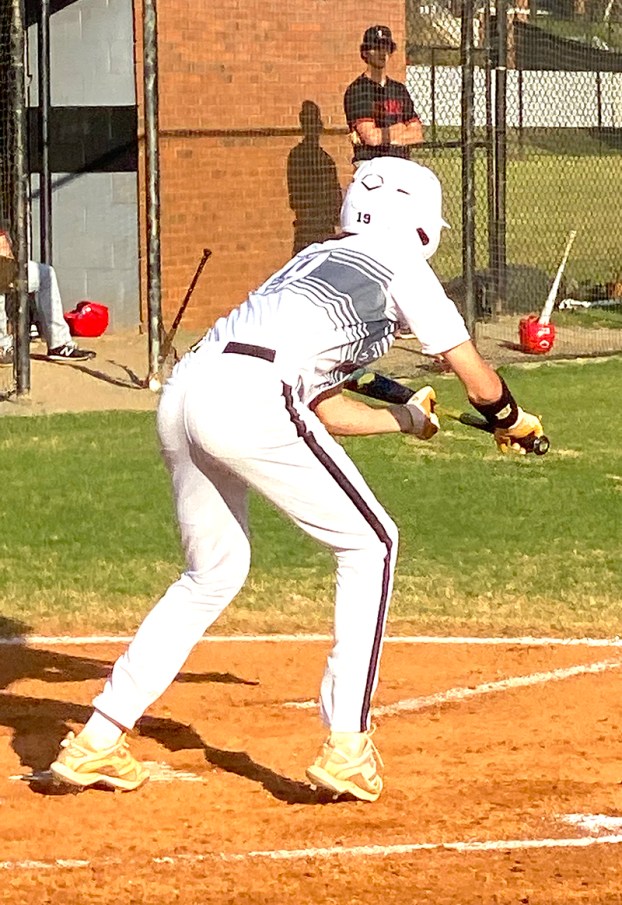 Schley County’s Owen Lamb lays down a bunt in the first inning of the Wildcats’ game against Lee County. Lamb would later drive in the decisive go-ahead run on an RBI single in the bottom of the sixth inning to give SCHS the 6-5 victory over the Trojans. Photo by Ken Gustafson

ELLAVILLE – The Schley County Wildcat baseball team (SCHS) faced stiff competition from GHSA Class AAAAAA opponent Lee County (LCHS). However, the Wildcats went toe to toe with the Trojans throughout the game and in the bottom of the sixth inning with the score tied at 5-5, Owen Lamb came up with a clutch RBI single to score Tucker Welch for the go-ahead run. SCHS reliever Trypp Lumpkin then came on in the seventh to retire the Trojans in order to secure the 6-5 victory for the Wildcats on Monday, March 22, at Schley County High School.

“It was a pretty stressful game to coach. Lee’s got a really good baseball team. They always do,” said SCHS Head Coach Chuck Cheek. “They are very well coached every year. We got down early. We made a couple of defensive mistakes in the first inning. We left guys on base early. We didn’t have quality at bats with guys in scoring position with nobody out and one out. We really should have pushed across some runs early, but we found a way to battle back. It seemed like we would get back to within one and then give them another run or two and then get back to within one again. We finally tied it up and Owen comes through with a big hit and gives us the lead and Trypp comes in and closes the door.” 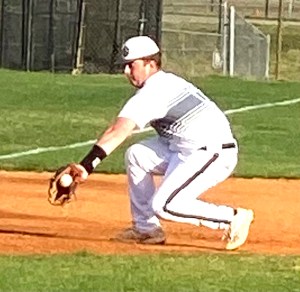 The crucial decisive run for the Wildcats came in the bottom of the sixth inning. With one out, Tucker Welch was able to reach on an error by the LCHS left fielder. That error allowed Welch to make it to second base, putting a runner in scoring position with just one out. Owen Lamb then came to the plate and singled to center field, scoring Welch and giving the Wildcats a 6-5 lead. Lamb tried to stretch his single into a double, but he was thrown out at second. Nevertheless, Lamb still got the job done as the Wildcats were clinging to a 6-5 lead going into the top of the seventh.

Lumpkin was brought in to face LCHS hitters Cooper Ray, Luke Addison and Jeff Bryan in the top of the seventh and he was up to the task. Lumpkin got Ray to ground out and then struck out both Addison and Bryan to end the game.

The Wildcats fell behind early in the top of the first as the Trojans scored two runs to take a 2-0 lead. However, SCHS responded in the bottom of the third. Lumpkin led off with a double and Welch was able to reach on an error. Owen Lamb then drove in the first of his two RBIs on the night when he singled to left field, cutting the Wildcats’ deficit to 2-1. 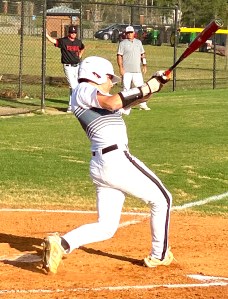 Schley County’s Trypp Lumpkin went 2 for 4 with a double, a single and one RBI to help lead the Wildcats to a 6-5 victory over Lee County. Lumpkin also came on to pitch in the top of the seventh and was able to nail down the victory for SCHS.
Photo by Ken Gustafson

The Trojans responded with two more runs in the top of the fourth on Cameron Paul’s RBI single to center field, but SCHS would have an answer in the bottom half of the inning. Luke Renfroe led off with a walk and Dylan Taylor followed with a double, putting runners at second and third with nobody out. Lumpkin and Welch each drove in a run on a sacrifice fly and the Wildcats were once again back to within one run, trailing 4-3.

However, the Trojans responded in the top of the fifth. With runners on second and third and two outs, Cooper Ray was able to score on a passed ball to give LCHS a 5-3 lead, but once again, the Wildcats would have an answer.

In the bottom of the fifth inning, Jack Clark and Athon Hines each drew a walk off of LCHS relief pitcher Braden Rubsam.  Owen Shuffleberger then came to the plate to pinch hit for Tyler Cheek. As shuffleberger was squaring to bunt, the LCHS infield advanced closer to the plate in anticipation of the bunt. However, third base was left uncovered. Seeing that third base was left undefended, Clark, who was at second base, bolted for third. LCHS catcher Gavin Lacey through the ball to third to try to get Clark, but it got by the third baseman and into left field, allowing Clark to score and pinch runner Brody Fuller to advance to third. After Cody Betts struck out swinging for the second out, Renfroe was able to reach on an error and Fuller scored from third to tie the game at 5-5. 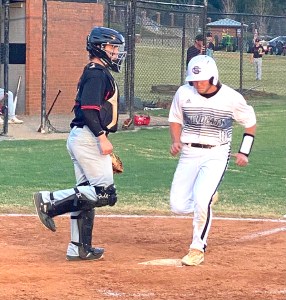 Schley County’s Trypp Lumpkin went 2 for 4 with a double, a single and one RBI to help lead the Wildcats to a 6-5 victory over Lee County. Lumpkin also came on to pitch in the top of the seventh and was able to nail down the victory for SCHS.
Photo by Ken Gustafson

In the top of the sixth, Ridge James came on to pitch for the Wildcats and was able to retire the first two hitters he faced. Alex Newton singled to put a runner on for the Trojans, but James was able to get Kaden Wilson to fly out to end the threat and set the stage for Lamb’s game-winning hit.

Lamb led the Wildcats’ offense by going 3 for 4 with three singles and two RBIs. Lumpkin had a strong day at the plate as well by going 2 for 4 with a double, a single and one RBI. 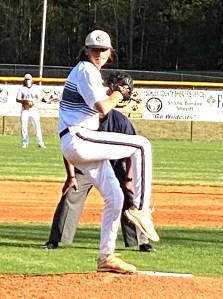 Schley County pitcher Owen Lamb started on the mound for the Wildcats against Lee County. In three innings of work, he gave up two runs on three hits and struck out two LCHS batters.
Photo by Ken Gustafson

Lamb started on the mound for the Wildcats. In three innings of work, he gave up two runs on three hits and struck out two LCHS batters. Athon Hines came on in relief of Lamb. In two innings of work, he gave up three runs on four hits, walked one and struck out two. Ridge James, who came on in relief of Hines, pitched one scoreless inning, giving up one hit and striking out one. The final SCHS pitcher of the night, Trypp Lumpkin, was able to nail down the win for the Wildcats as he pitched a scoreless seventh inning with two strikeouts.

“I thought Owen pitched well,” said Cheek. “Athon came in and did a good job. He gave up a couple of runs, but he pitched pretty well. Ridge James comes in and gives us a clean inning to set up Owen’s hit and Trypp shutting it down. It was good. We haven’t been playing as well as we’re capable of and we still didn’t play great tonight and neither did Lee. They made a couple of errors late that let us get back in it.”

As for the Wildcats’ next opponent, they will return to region play when they travel to Manchester on Friday, March 26, to take on the Blue Devils of Manchester High School.  First pitch is scheduled for 4:30 p.m.