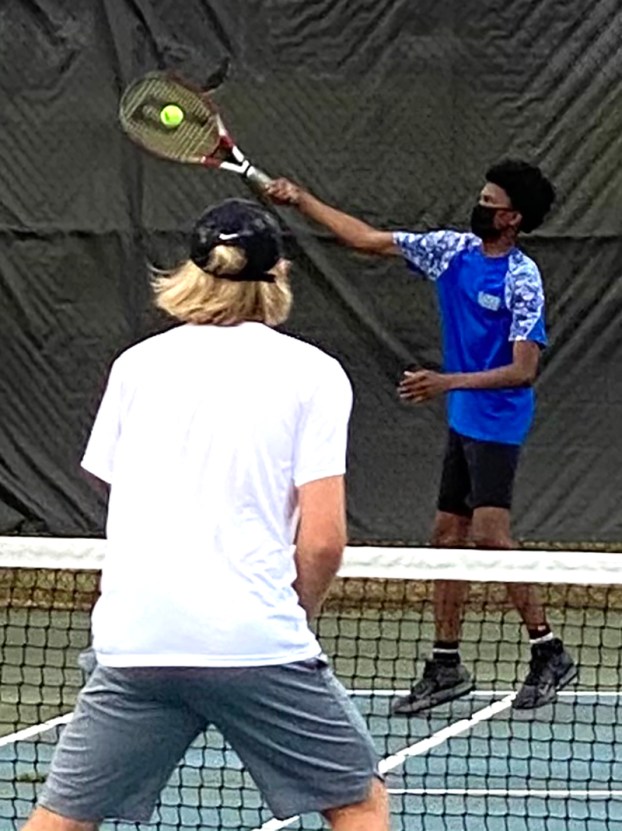 AMERICUS – The Americus-Sumter varsity girls and boys tennis teams (ASHS) had mixed results in their matches against Lee County (LC) on Thursday, March 25, at Americus-Sumter High School. The Lady Panthers fell to the Lady Trojans 4-1, while the Panthers were able to edge out the Trojans 3-2.

In girls’ action, Teigan Pepito of ASHS fell in straight sets to LC’s Maggie Cox 0-6, 0-6. However, Rebecca Ingle was able to come away with a hard-fought win in her match over Amara Jumento. Ingle lost the first set 4-6, but came back to win the second set 6-3 to force a third and deciding third set. In that third set, Ingle was able to win 9-4 to take the match.

Unfortunately for the Lady Panthers, Alecia Holmes fell in straight sets to Caroline Teal 1-6 and 3-6, ensuring that the Lady Trojans would come away victorious regardless of the outcome of the doubles matches. 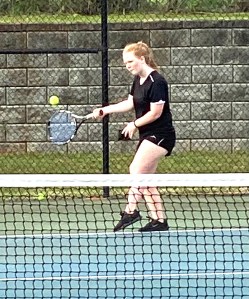 In those doubles matches, the ASHS duo of Trinity Gilliam and Melanie Wooden lost to LC’s duo of Sadie Miller and Sanam Rangaraj 2-6, 1-6. In the final doubles match, the Lady Panthers’ duo of Paris Eberhardt and Juhstiz Yarbrough fought hard, as did the rest of the Lady Panthers. However, they came up short against the Lady Trojans’ doubles team of Kaylee Wilson and Karya Patel, losing in straight sets 3-6, 3-6.

In boys’ action, however, it was a different story as the Panthers were able to salvage a team victory against the Trojans. The ASHs #1 player, Zach Johnson, lost a hard-fought match against LC’s Jonathan Brown. Johnson won the first set 6-3, but fell in the second set 2-6. In the third and deciding set, Johnson lost in a tiebreaker to Brown 6-10. 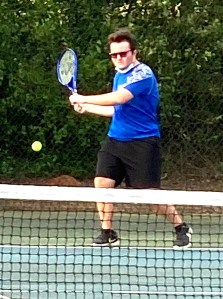 In the first doubles match, the ASHS team of James Schopen Davis and John Ndaayezwi fought hard against the Trojans’ duo of Jordan Davis and Rooks Duke. They won the first set 6-2, but lost the second set in a tiebreaker 5-7, setting up a third and deciding third set. Fortunately for the Panthers, Schopen Davis and Ndaayezwi were able to come away with a hard-fought 10=6 victory to win their doubles match and to secure a team victory for ASHS. In the other doubles match, which featured the ASHS duo of Griffin Toms and Corey Wright, the outcome was not in their favor as they lost to the LC duo of Ashton Corbett and Josh Mullins in straight sets 1-6, 1-6.  Nevertheless, the Panthers still emerged with a 3-2 team victory with two singles wins and one doubles win.

Both teams will be in action on Monday, March 29 at Taylor County. First serve begins at 4 p.m.

Southland Academy Raiders get swept by Brookwood in doubleheader

From Staff Reports   THOMASVILLE, GA – After their 3-2 loss at home to Brookwood (BKW) on Tuesday March 25,... read more