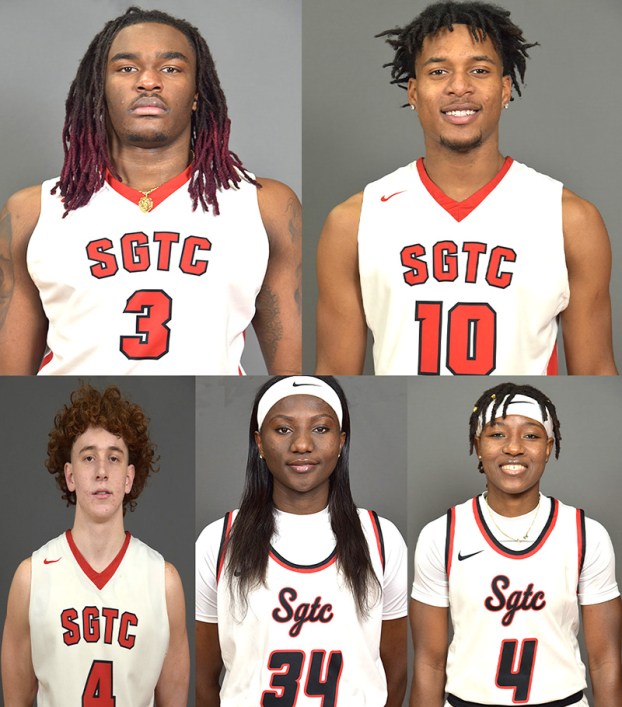 Jones College, which defeated the Lady Jets earlier this season, remained in the top spot nationally.  They were followed by Northwest Florida State College, Casper College, Trinity Valley Community College, and South Plains College to close out the top five spots.  Shelton State and Chipola College were ranked sixth and seventh ahead of SGTC.  Butler Community College of Kansas and Three Rivers Community College in Missouri round out the top 10.  Georgia Highlands College, which captured the GCAA regular season conference title over the Lady Jets, finished the season ranked 13th nationally.

In addition to the national ranking, both the Lady Jets and the Jets had individual players highlighted in the individual national statistics.  Sophomores Veronica Charles and Femme Sikuzani were recognized for the Lady Jets, while sophomore Jalen Reynolds and freshmen Marvin McGhee and Will Johnston were the Jets who received national recognition.

Both Reynolds and McGhee also earned recognition for their offensive production.  Reynolds is 46th in the nation in total points this season with 325 and McGhee is close behind in 48th with a total of 323 points.

The other member of the Jets basketball team to be spotlighted nationally was freshman guard Will Johnston.  The 6’ 2” guard from Sydney, Australia, is currently ranked 34th in assists with an average of 5.2 per game.

The two Lady Jets to be singled out for their individual efforts include sophomore Femme Sikuzani and Veronica Charles.  Charles, a 5’ 4” inch guard from Benue State, Nigeria, is ranked 13th nationally in steals.  She is averaging 3.4 per game over 21 games.  She was also selected as the Defensive Player of the Year for the GCAA and was named to the GCAA All-Region second team for her performance on the court this season.

The Jets finished the 2020 – 2021 regular season in third place in the GCAA with an 11 – 5 conference record and a 13 – 9 overall record.  That finish will allow them to host a quarterfinal game in the NJCAA Region 17 tournament.  That game will be at 6 p.m. on Tuesday, April 6 in the Hangar.  The Jets will play either Southern Crescent Tech or Central Georgia Tech depending on the outcome of the South Georgia State-Southern Crescent Tech game Tuesday, March 30 at 7 p.m.  An upset win by Southern Crescent Tech would force them into a tie for fifth place with Central Georgia Tech.  Those two teams split in the regular season.  SGTC will play the sixth-place seed in that first round.

The winners of the quarterfinal round in the men’s NJCAA Region 17 competition will advance to the NJCAA Region XVII finals and semi-finals on April 9 and 10 in either Rome or Waycross.   Georgia Highlands is currently ranked first in the GCAA with a 13 – 2 record and South Georgia State is ranked second with a 12 – 3 record.  Both teams play on Tuesday, March 30.  A win by Georgia Highlands will clinch the regular season title for the Chargers and allow them to host the semi-final and finals of the tournament.