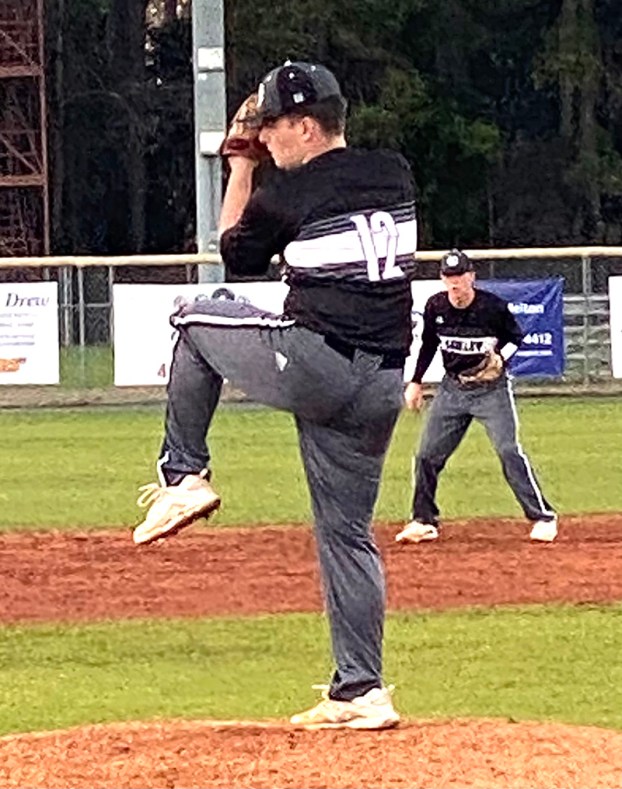 Schley County starting pitcher Athon Hines struck out nine Manchester hitters and gave up only one hit in four scoreless innings of work to help lead the Wildcats to a 14-0 shutout victory over the Blue Devils. ATR Archive

Hines started on the mound for the Wildcats and gave up only one hit in four innings of work, while he struck out nine batters and walked only three.

Shufflebarger came on in relief of Hines and continued to stifle the MHS batters. In one inning of work, he gave up only one hit and walked no one.

While the Blue Devils’ offense was neutralized, the Wildcats’ offense was anything but that. SCHS scored 14 runs on nine hits, committed only one error and took advantage of four errors committed by MHS.

Both Luke Renfroe and Dylan Taylor had two-hit performances at the plate in this game. Renfroe went 2 for 3 with two runs scored and two RBIs, while Taylor went 2 for 4 with two triples, three RBIs and a run scored.

The Wildcats scored three runs in the first and three in the third to take a 6-0 lead, but the big inning came in the fourth. In that inning, the Wildcats exploded for eight runs on six hits and took advantage of an error, a walk and two hit batsmen.

With the win, the Wildcats improve to 12-5 overall on the season and are 8-0 in Region 5 A-Public competition. They will continue region play on Tuesday, March 30, when they host Taylor County at 5:30 p.m.

GSW softball puts on hitting frenzy in win over Montevallo