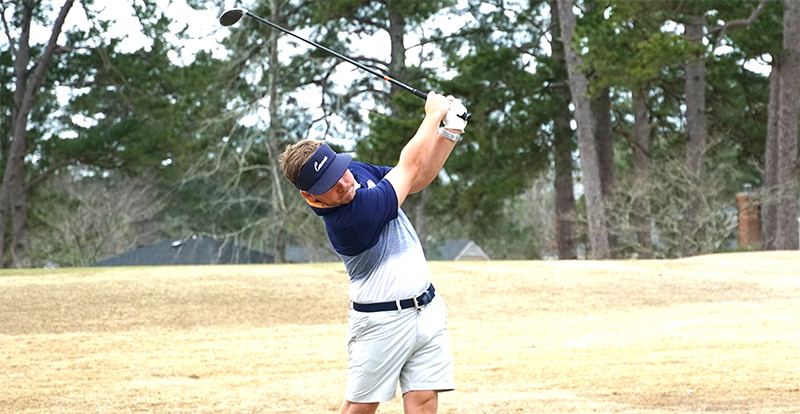 PENSACOLA, FL – GSW junior golfer Chase McLain and No. 13 Georgia Southwestern golf team both picked up fifth place finishes at the Argonaut Invitational. McLain shot one-under during Round 3 while the Hurricanes finished four-over 868 in fifth place at the Pensacola Country Club.

The Host school and top-ranked University of West Florida finished atop the leaderboard at 18-under for an 846 total score. No. 4 Lincoln Memorial sits in second place shooting 12-under 852 while No. 8 Arkansas Tech and No. 11 Lee University are tied for third place with a three-over 867 total score. No. 13 GSW is tied with PBC foe No. 10 Columbus St. in fifth place after carding a four-over 868 total score.

The Hurricanes will return to the green April 16-18 as they will tee off in the Peach Belt Conference Championship played at the World Golf Village Slammer & Squire Course in St. Augustine, Fla.

GSW Hail Storm to take place May 7 of…