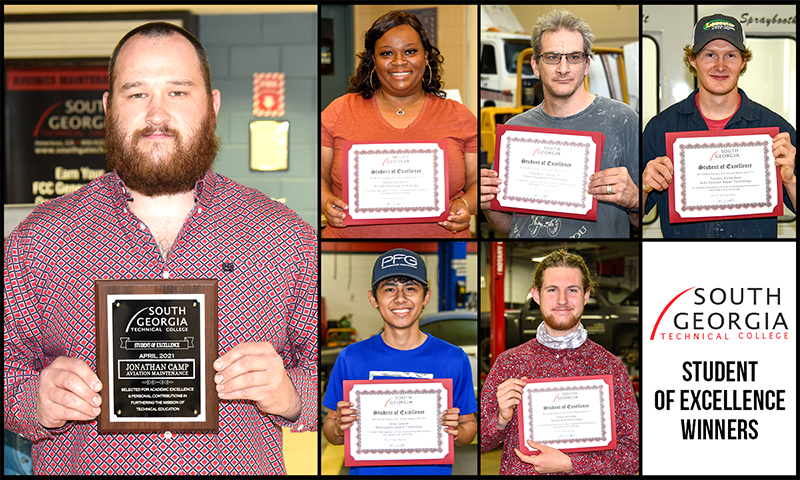 AMERICUS – Jonathan Camp of Senoia was recently recognized as the South Georgia Technical College Student (SGTC) of Excellence for April on the Americus campus. Camp is enrolled in the Aviation Maintenance Technology program and was nominated by his instructor, Paul Pearson.

“Jonathan is a hard-working student,” Pearson said. “He has a full-time job and a family, and he commutes to campus every day from Newnan. He has really earned this recognition.”

Camp was excited to be awarded the Student of Excellence distinction. “It’s awesome to see the hard work that I’ve put in pay off. I’m honored to receive this recognition.”

As the winner, Camp was awarded with a plaque of recognition, a personal letter of recommendation from SGTC President Dr. John Watford and a $50 check for his accomplishments. Additionally, his name will be displayed on SGTC’s digital marquee as well as inscribed on a plaque in Hicks Hall among previous Student of Excellence winners. Each nominee was awarded with a nomination certificate and an exclusive student of excellence t-shirt.