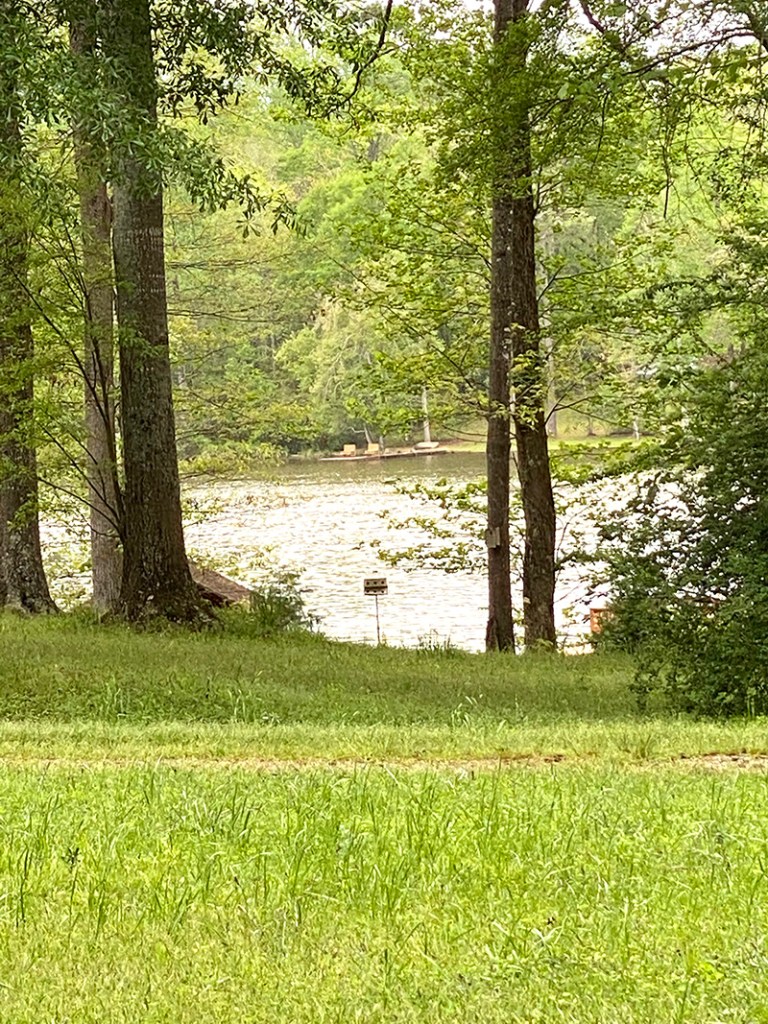 This is the north end of Statham Lake viewed from East Shore Dr. At its monthly regular meeting on Tuesday, April 20, the Sumter County Board of Commissioners unanimously voted to deny the request from Inman Solar to have 60 acres of land on or near this very spot rezoned for industrial use so that the company could build a solar farm on that 60-acre property. ATR Archive

AMERICUS – At its monthly regular meeting on Tuesday, April 20, the Sumter County Board of Commissioners (BOC) voted unanimously to deny two requests from Atlanta-based Inman Solar Incorporated to rezone 60 acres in the Statham Lake area from R-1 (Residential) to I-2 (Heavy Industrial) so that the company could build a solar farm on that property. The BOC also voted unanimously to deny the company’s request to obtain a Conditional Use Permit for construction of the 48-acre solar farm on the property, which is owned by Sue Statham. The property is currently designated as R-1. According to Sumter County’s Code of Ordinances, the purpose of R-1 is to encourage the construction of single-family dwellings and to prohibit commercial use of that property. Property that is zoned as I-2 is zoned for the purpose of commercial use.

Inman Solar’s desire was to get the approval of the BOC to have the property rezoned from R-1 to I-2 and did get the unanimous approval to do so from the Sumter County Planning and Zoning Commission at its meeting back on March 25.

However, at the BOC’s work session on Tuesday, April 13, two public hearings were held to discuss the matter. Steve Chiariello of Inman Solar tried to make the company’s case that there would be no environmental concerns from the solar farm’s construction and that it would not cause adverse glare from the solar panels and that there would be no emissions that would cause any toxicity to the property. One of the residents of the neighborhood who was in favor of its construction, Nathan Peck, told the Commissioners at the work session that these types of projects, such as the solar farm, need to be adopted by the county so that the county can evolve. However, the vast majority of Statham Lake residents who spoke at both public hearings voiced strong opposition against rezoning the property for the solar farm’s construction. They sited their concerns about the potential decline of their property values, as well as the potential for the ground on and around their properties to be contaminated.

As a result, the BOC unanimously voted to deny Inman Solar’s request for a Conditional Use Permit to construct the solar farm, as well as the company’s request to have the 60 acres around Statham Lake rezoned from R-1 to I-2. In other words, there will be no solar farm in the Statham Lake area.

In other news from the BOC’s regular monthly meeting, David Baldwin, who is retired from Baldwin Insurance and is currently a volunteer fire fighter for Sumter County Fire and Rescue, took the time to voice his opposition to Gold Star EMS Service being granted taxpayer funds from the county to support its business.

“Having been a business owner myself for over 25 years, I’m not accustomed to taxpayer funds being used to support private business, but I have been told that some reimbursement to EMS services has become common place in other areas,” Baldwin told the BOC. He went on to give incidences involving Gold Star that, in his opinion, directly relate to the service level that the citizens of the county have been receiving from the EMS service. He mentioned at least three medical emergencies in which an ambulance was requested, but in all three cases, the people involved were told the Gold Star didn’t have an ambulance available. One of the incidents he mentioned involved a man who disconnected his breathing apparatus. “Gold Star had one ambulance on duty that day and the EMT on the scene relayed to the firefighter that they were tied up because they were taking a dialysis patient to dialysis,” said Baldwin. “That’s not an emergency use of an emergency ambulance.”

Baldwin went on to describe more examples of how Gold Star has come up short in providing excellent and timely service to the citizens of Sumter County and surrounding areas. “I thought you needed to hear some of this before you enter into any agreement with Gold Star involving taxpayer funds,” Baldwin told the BOC. Baldwin added that if Sumter County decides to go down the road with Gold Star, it should employ a one-year, but no longer than a three-year contract with the company and should impose severe monetary penalties against Gold Star for not meeting certain standards and requiring that the EMS service have a certain number of ambulances on duty and that they be staffed with fully certified personnel.

The BOC also approved an Intergovernmental Agreement (IGA) between Sumter County and Furlow Charter School for the mutual use of recreational facilities. Commissioner Scott Roberson made a motion for approval and Commissioner Jesse Smith seconded the motion. The BOC voted and the approval passed unanimously.

The BOC also discussed and eventually approved a Public Safety Communications System bid from Georgia Two-Way, Inc. in the amount of $803,042.00. Sumter County Sheriff Eric Bryant told the BOC that his department had a Request For Proposal (RFP) and bid opening a couple of weeks ago. “The Public Safety department heads, as well as other county departments, have met and we have had our RFP committee review,” said Bryant. “We now, Mr. Chairman, come recommending that we award the bid, as stated on said agenda with our communications system for the Sumter County Government.” Board Chairman Mark Waddell asked Sheriff Bryant what the time frame is to implement this radio system. Bryant replied that they have 60 to 90 days and that Georgia Two-Way, Inc. will be notified Tuesday evening so that he company can go ahead and look at equipment inventory. Waddell asked for a motion to award the bid for the county’s public safety communications system to Georgia Two-Way, Inc. in the amount of $803,042.00. Commissioner Roberson made a motion for approval and Commissioner Smith seconded the motion. The Board took a vote and the approval passed unanimously.