Despite having seven hits, Wildcats get blanked by Marion County 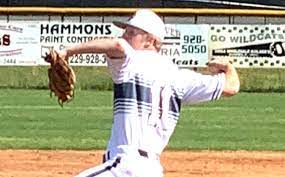 BUENA VISTA, GA – It is unusual for a baseball team at any level to get seven hits and not score a run, but that is exactly what happened to the Schley County Baseball Team in their Region 5A-Public contest against Marion County.

Despite having seven hits in the game, the Wildcats were unable to get the timely hits to score runs and were shut out by the Eagles 5-0 on Tuesday, April 20 at Marion County High School.

In the first three innings of the game, the Wildcats were able to get runners on base and had chances to score runs, including a two-out triple from Trypp Lumpkin in the top of the third. However, SCHS was not able to get the timely hits with runners in scoring position.

In the top of the fourth inning, the Wildcats got two more runners on base as Athon Hines led off with a single and Luke Pawlowski was able to draw a walk. However, Andrew James bunted into a fielder’s choice, Tyler Cheek struck out and Carson Westbrook hit into a fielder’s choice. Once again, the Wildcats had runners in scoring position, but weren’t able to drive in a run.

SCHS (19-6) will try to finish the regular season on a high note and get themselves back into the win column when they host Brookstone on Friday, April 23 at 5:30 p.m.