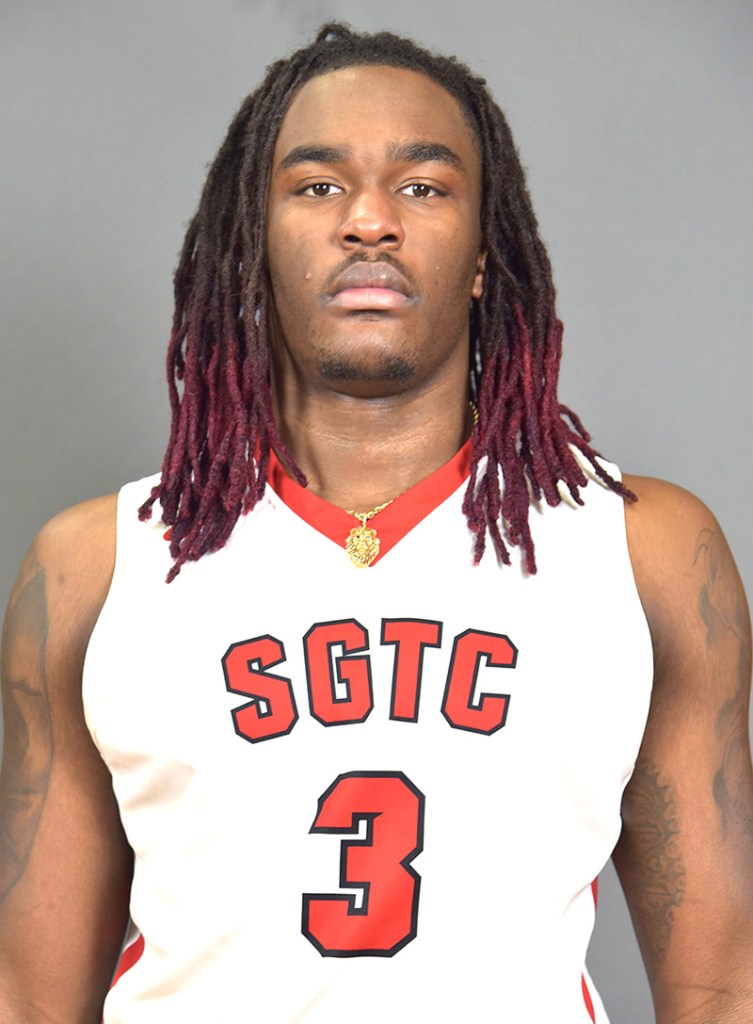 “Jalen Reynolds is what every college program in America wants and needs.  He works hard on and off the court.  He has a hard hat mentality and brings it every day to practice, workouts, and games,” said SGTC Interim Jets head coach Chris Ballauer.  “His hard work paid off this season on and off the court.  Jalen did what it took in the classroom to make sure he had the academics covered.  He will be missed as a player, but more so as a great young man who has a bright future ahead of him.”

Only two other players from the Georgia Collegiate Athletic Association were recognized by the NJCAA.  Jalen King, a freshman from South Georgia State College, was named to the Third team All-American group and Chris Wright, a sophomore guard from Georgia Highlands, was an All-American Honorable Mention.

Reynolds, a 6’ 7” forward from Darien, GA, played at SGTC as a freshman and as a sophomore.  He led the nation in rebounds this season, averaging 12.6 per game and was named the Georgia Collegiate Athletic Association (GCAA) Division I Men’s Basketball Player of the Year for 2021.  He was one of only three freshmen to return from the Jets 2019 – 2020 season.

As a sophomore, Reynolds was one of the Jets leading scorers with an average of 14.5 points per game. He averaged 25 minutes per game on the court and started in all 24 of the Jets games this season. He shot 57.4% from the field, hit 33.3% of his three-point attempts and was a 55.6% free throw shooter.

“Jalen Reynolds has been our leader on and off the court and he is very deserving of this recognition,” said Coach Ballauer.  The Jets finished the GCCA in third place this season with an 11 – 5 conference record and was 14 – 10 overall.