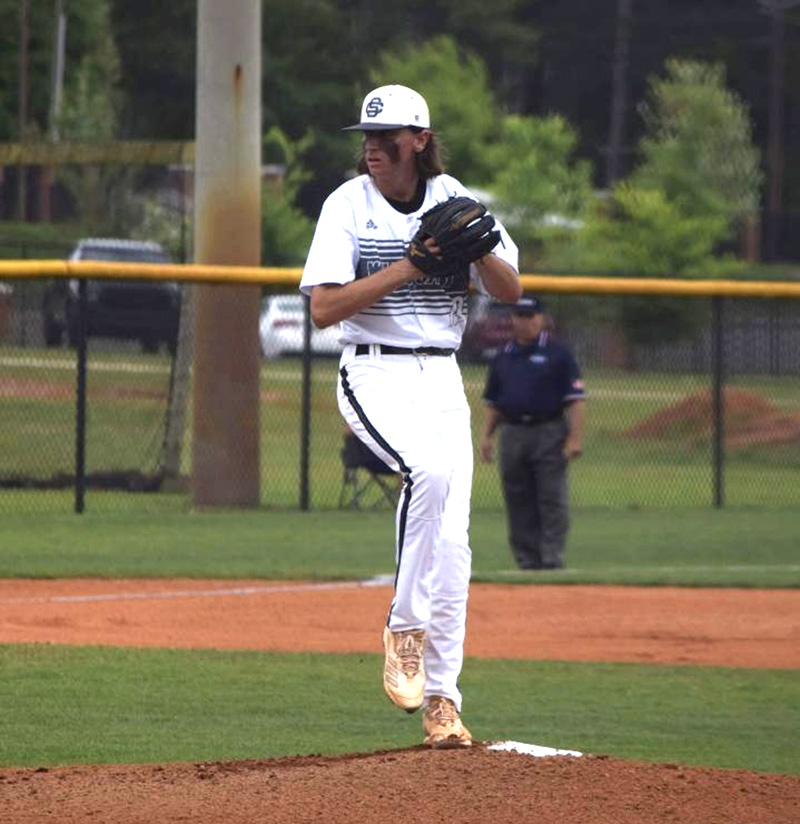 Schley County starting pitcher Owen Lamb gave up only one run on one hit and struck out three batters in five innings of work to lead the Wildcats to an 11-1 victory over Crawford County in the deciding Game 3 of the second round of the state playoffs. Photo by Mitzi Shufflebarger

ELLAVILLE – After earning a split in its best-of-three-game state playoff series with Crawford County (CC) in the second round of the GHSA Class A-Public State Playoffs, the Schley County High School Baseball Team (SCHS) put a stranglehold on the deciding Game 3 by scoring four runs in the fifth and four more in the sixth, defeating the Eagles 11-1 on Wednesday, May 5 at Wildcat Park.

With the win, the Wildcats (23-8) will advance to the Elite Eight (State Quarterfinals) of the state playoffs against Metter High School on Monday, May 10 in Metter, GA.

SCHS sophomore Owen Lamb was a lion for the cats on the mound and at the plate.  In five innings of work, Lamb pitched a one hitter, giving up one run and striking out three batters, while walking five.  At the plate, he went 3 for 4 with a double, two singles and a run scored. Jack Clark also had a strong day at the plate for SCHS. Clark went 3 for 3 with three singles, two RBIs and three runs scored. 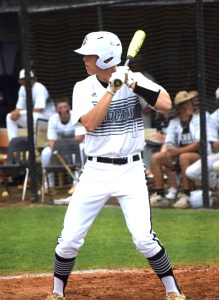 Schley County shortstop Dylan Taylor went 2 for 4 at the plate with two singles, an RBI and a run scored to help lead the Wildcats to an 11-1 victory over Crawford County in Game 3.
Photo by Mitzi Shufflebarger

The Eagles took a 1-0 lead in the top of the second. With runners at second and third with two outs, Levi Hammock scored on an error. However, the Wildcats tied the game in the bottom of the second when a balk was called against CC starting pitcher Blake Bishop. That balk allowed Tucker Welch to score from third and Clark was able to draw a walk. Luke Renfroe then reached on an error, putting runners on first and second for the Wildcats with one out. Tyler Cheek struck out for the second out, but Bishop walked Carson Westbrook to load the bases for Dylan Taylor. Taylor then drove in a run on an RBI single to give SCHS a 2-1 lead.

SCHS added another run in the bottom of the fourth when Clark scored on an error, but more was to come from the Wildcats’ offense.

In the bottom of the fifth, Taylor led off the frame with a single. After Trypp Lumpkin flew out for the first out, Lamb singled to center field, putting runners on first and second for SCHS with one out. Bishop then hit Tucker Welch with a pitch to load the bases and Athon Hines took advantage of the situation by driving in two runs on a single to centerfield. At that point, the Wildcats owned a 5-1 lead.  They were still not done, however, as Clark drove in Welch on an RBI single. 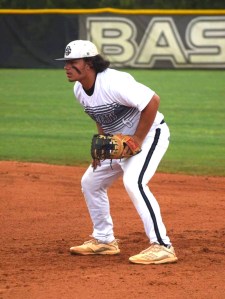 Schley County first baseman Jack Clark went 3 for 3 against the Eagles in Game 3 with two RBIs and three runs scored to help lead the Wildcats to victory over Crawford County.
Photo by Mitzi Shufflebarger

CC then made a pitching change and brought in Griffin Parker to pitch to Renfroe, but Parker hit Renfroe to load the bases for Tyler Cheek. Parker Struck out Cheek for the second out, but walked in another run when Carson Westbrook drew an RBI walk. Parker Struck out Taylor to end the inning, but not before the Wildcats had scored four runs to take a commanding 7-1 lead.

In the top of the sixth, Lamb walked the first two batters he faced, but was able to retire the next three batters to end the Eagles’ threat. The Wildcats took advantage in the bottom of the sixth inning by scoring four more runs on three singles and three walks to take an 11-1 lead and close out a run-ruled Game 3. 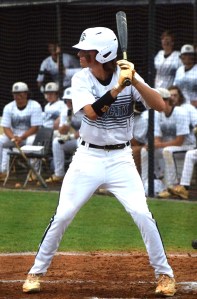 Schley County pitcher Owen Lamb also made his mark at the plate in Game 3 by going 3 for 4 with a double, two singles and a run scored in the 11-1 win over Crawford County.
Photo by Mitzi Shufflebarger

In total, SCHS scored 11 runs on 11 hits and committed two errors, while the Eagles were held to one run on just one hit and were hurt by four errors. Ridge James, who came on in relief of Lamb in the sixth inning, pitched one scoreless inning with no hits and one strikeout.

The Wildcats will now make the 146-mile trek to Metter, GA on Monday, May 10 to take on the 23-8 Metter Tigers in the best of a three-game series in the GHSA Class A-Public State Quarterfinals. The first pitch of Game 1 is scheduled for 3:30 p.m.