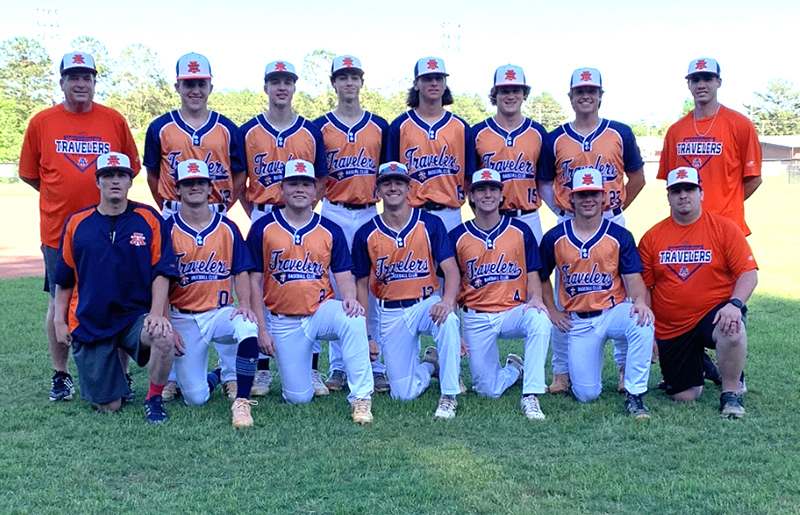 The 2021 16U Americus Travelers Baseball Club finished as the tournament runner-up at the 2D Sports Alabama Opener in Montgomery, AL this past weekend. ATR Archive

MONTGOMERY, AL – The 16U Americus Travelers Baseball Club (ATB) continued its successful run of play this past weekend by winning five of their six games played at the 2D Sports Alabama Opener in Montgomery, AL Friday through Sunday, June 4-6.

The Travelers began the tournament on Friday by defeating the 15U Next Level Baseball Club 11-1. ATB then added another victory to its win column by defeating a familiar foe, the 16U SoPro Kirkland team from Dothan, AL, by the score of 8-0. ATB defeated SoPro twice in the GSW Showcase the week before. In this game, ATB starting pitcher Owen Lamb tossed a no hitter, striking out 11 batters and walking five.

On Saturday, June 5, the Travelers continued their domination of the competition by throttling the 16U Maximum Exposure Club 14-0. In that game, ATB scored 14 runs on 10 hits and took advantage of three errors committed by Maximum Exposure. Shortstop Tripp Thomas went 1 for 3 at the plate with a home run, three RBIs and two runs scored. Lamb, who pitched the no hitter against SoPro in the previous game, went 2 for 2 at the plate with an RBI and three runs scored.

Thomas Ray got the start on the mound for ATB. Ray pitched five scoreless innings, giving up one hit while striking out seven and walking three.

The Travelers’ next opponent on Saturday was the 16U SBG Sox Auburn Prime 2023 club from Auburn, AL. This club was able to produce some offense by scoring five runs, but it was still no match for the Travelers as ATB defeated SBG 16-5. In this game, the Travelers jumped out to an 8-0 lead in the bottom of the first inning and dominated the contest from there on out. In that first inning, ATB scored eight runs on six hits, including two RBI doubles by Ray and Dylan Davis. ATB added another run in the second inning on an RBI single by Gavin Lacey and then put the game totally out of reach in the fourth by scoring five more runs on seven hits.

SBG finally responded with five runs of their own in the top of the fifth, but it was too little, too late as the Travelers would go on to win 16-5.

ATB had a total of 17 hits in the contest. Gavin Lacey led ATB’s offensive attack by going 3 for 3 at the plate with three RBIs and one run scored. Four other players also had multiple hits in this game, including Caden King, who belted a two-run home run in the bottom of the fifth inning to end the run-ruled game.

Landon Kight pitched all five innings for the Travelers and gave up five runs on three hits. He walked four batters and struck out one.

On Sunday, June 6, the Travelers continued their onslaught of the competition by defeating the 14U Next Level Baseball Club by the score of 11-3. In this game, ATB once again jumped out to an early lead, scoring seven runs in the bottom of the first to take an early 7-2 lead. Then in the bottom of the fourth, the Travelers added four more runs on two hits, including a two-run double by Lamb. Next Level scored a run in the top of the fifth, but ATB starting pitcher Tripp Thomas was able to get a batter to hit into a double play and struck out Next Level’s final hitter to secure the 11-3 win.

In this game, the Travelers scored 11 runs on six hits, but were able to take advantage of four errors committed by Next Level. Tripp Thomas went the entire way on the hill for ATB, giving up three runs on seven hits, walking four and striking out five. 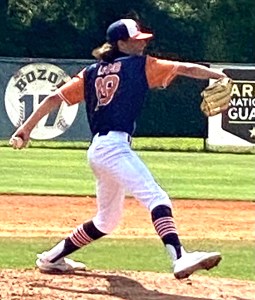 Next Level scored three runs in the first and three more in the second and were able to hold the Travelers scoreless until the top of the sixth, when Dylan Davis drove in Johnson on an RBI single. At this point in the game, the rains came and the game was rained out. Being that the game was in the sixth inning when it was called, Next Level was declared the winner of the game and the tournament.

Unlike the previous games in the tournament, the Travelers could not get their offense going and were held to just five hits in the contest. Dylan Davis went 1 for 3 at the plate with an RBI and the team’s four other hits came from Henry Johnson, Gavin Lacey, Thomas Ray and Owen Lamb. Next Level had the same amount of hits, but they were able to get the timely hits when needed to drive in runs. Both Brayden Black and Colby Marinl each had a hit in the contest and drove in two RBIs to lead Next Level’s offense.

The Travelers used three pitchers in this game. Chase Ledger started on the mound for ATB, but only lasted an inning. He gave up three runs on two hits, walked one batter and struck out another. Henry Johnson came on in relief of Ledger and also pitched one inning. He gave up three runs on three hits, struck out two and walked one. Thomas “Chewy” Willis was the final pitcher used by ATB. Over the final three innings, Willis pitched scoreless baseball, striking out three batters while walking only one.

Up next for the Travelers is the Perfect Game Central GA Invitational, which will be played Friday through Sunday, June 18-20. This tournament will be played at three different venues: Mercer University, Middle Georgia State College and Georgia College. Stay tuned to the Americus Times-Recorder for information on which venues the Travelers will be playing at, as well as the dates, times and opponents.