Board of Commissioners approves BOTA’s request for new vehicle and the renewal of State Properties Commission Agreements, among other things 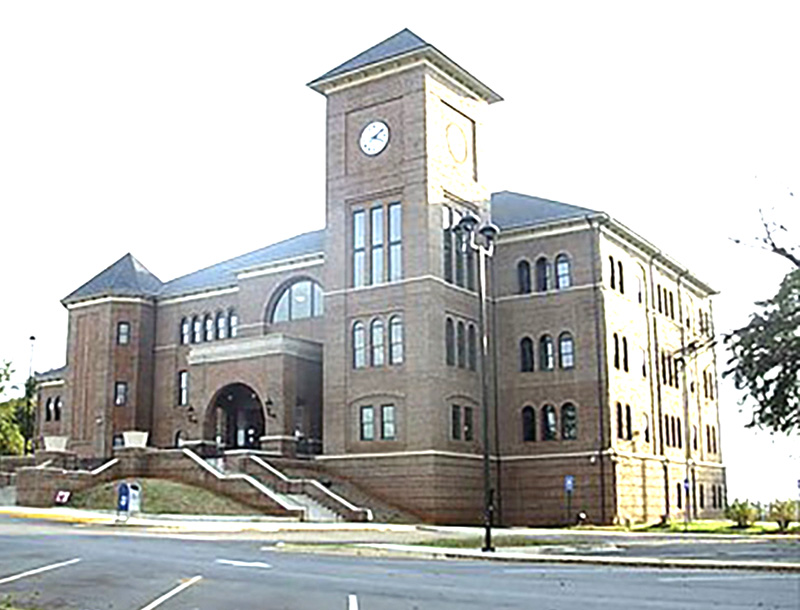 The Sumter County Board of Commissioners held its monthly work session here at the Sumter County Courthouse on Tuesday, June 8. Due to the COVID-19 Pandemic, the public still cannot attend in person, but can watch and listen to the proceedings via Zoom. Submitted Photo

AMERICUS – At its June Work Session on Tuesday, June 8, the Sumter County Board of Commissioners (BOC) approved the request from the Board of Tax Assessors (BOTA) for a 2021 Chevrolet Tahoe as a replacement vehicle, which will cost $45,833.50. Once again, due to the pandemic, the work session was held by way of Zoom and was not open to the public for in-person attendance.

The work session was frequently interrupted due to heavy rain and thunderstorms as the Zoom signal was knocked out periodically. However, the BOC was able to complete the work session in its entirety.

County Financial Director Janice Jarvis told the BOC that the county has been looking at three vehicles: a 4×4 Crew Cab, a Ford Explorer and a Chevrolet Tahoe in response to the BOTA’s request for a replacement vehicle. According to Jarvis, the BOTA preferred the Chevrolet Tahoe as its replacement vehicle because of its four-wheel drive capability. However, BOC Chairman Mark Waddell stated that, in his opinion, the BOTA didn’t need the Tahoe and expressed his concern at how much the outfitting of the vehicle would cost. Jarvis told Waddell that the BOTA had requested a 4×4 type of vehicle complete with flashing lights at the front and rear ends for safety purposes. Jarvis added that she was told the lights would cost anywhere between $400 to $550. She stated that while she didn’t have the price quote in front of her, she believed that the price for the Ford Explorer is about $10,000 less than the Tahoe. Commissioner Scott Roberson stated that he would rather spend $10,000 less on the explorer than to purchase the Tahoe. Waddell stated that he understood the BOTA’s concern about driving on dirt roads and in the area’s rough terrain, but still expressed concern about unnecessary costs. After further discussion, Waddell asked for a motion to approve the purchase of the 2021 Chevrolet Tahoe for the BOTA for the price of $45,833.50 with the funds coming from the SPLOST. Commissioner Clay Jones made a motion for approval and Commissioner Jesse Smith seconded the motion. The BOC voted and the motion for approval passed unanimously.

The BOC also approved the Sole Source Justification for Duffield Aquatics, Inc. to be the sole source provider of pulsar chlorine tabs, which are used by the Sumter County Parks and Recreation Department to chlorinate its public pools and splash pad.

According to the approval, these pulsar chlorine tabs will cost an estimated amount of $13,504.00. SCPRD Director Tim Estes told the Americus Times-Recorder that if the purchase of a product or products costs over $2,500.00, the county’s financial policy requires the SCPRD to get at least three price quotes. However, being that Duffield Aquatics, Inc. is the only dealer of pulsar chlorine tabs in the State of Georgia, the SCPRD had to get an approval from the BOC for Sole Source Providing. Commissioner Scott Roberson made a motion for approval and Commissioner William Reid seconded the motion. The BOC voted and the approval passed unanimously.

The BOC also discussed and eventually approved the renewal of three State Properties Commission agreements with the Departments of Juvenile Justice (DJJ), Drivers Services (DDS) and Veterans Services (DVS). County Operations Administrator Rayetta Volley told the BOC that the monthly rate of the renewal for the Department of Juvenile Justice is $2,805.62, which is the same as last year. Waddell asked if anyone wanted to make a motion for approval of this agreement between the BOC and the DJJ in the amount of $2,805.62 per month. Commissioner Roberson made a motion for approval and Commissioner Smith seconded the motion. The BOC voted and the motion to approve this agreement passed unanimously.

The next agreement for the BOC to approve was the agreement with the DDS. Waddell stated that over the next several years, a gradual increase is expected every year in this agreement. “This coming year, this rental is going from $643.75 to $663.06 so a not quite $20 a month increase,” Waddell said. He then asked for a motion to approve this agreement with the DDS with a monthly rent of $663.06. Commissioner Roberson made a motion for approval and Commissioner Reid seconded the motion. The BOC voted and the motion for approval passed unanimously.

The third of this triad of agreements to be approved and voted on by the BOC was the agreement with the Department of Veterans Services (DVS) for $1 per month.

The BOC also discussed a Request For Proposal (RFP) by Sumter County Emergency Management Director Nigel Poole for Audio/Visual Installation and Service Maintenance. Poole told the BOC that this is an RFP for audio and visual maintenance for the Emergency Operations Center (EOC), which would provide for more televisions that will work together and show the same things. Poole stated that he is looking for the speaker systems to be updated as well so that his department can conduct conference calls during times of disasters or at any other time the EOC needed to be activated.

Poole went on to say that one particular company, BIS Digital, Inc., twice made a bid to do this project and that its bid was for $29,995.00. “I would like to move forward on it,” Poole told the BOC. Commissioner Clay Jones asked if there is a certain amount of money from the SPLOST (Special Local Option Sales Tax) that goes to each department. Jarvis replied that this is coming out of a project called EOC Renovations and Equipment. Poole told the Americus Times-Recorder that he believes that the EOC Renovations and Equipment Project was a project that was funded using SPLOST money from back in 2014 and that this proposed upgrade in visual and audio equipment for the EOC will also be funded by money left over from the 2014 SPLOST.

Waddell asked for a motion to approve the RFP for the audio and visual service maintenance for the EOC. Commissioner Roberson made a motion for approval and Commissioner Reid seconded the motion. The BOC voted and the approval passed unanimously.

In a somewhat related issue, the BOC also approved an RFP from Poole for an upgrade and maintenance of the county’s outdoor weather sirens. “I want to ask to re-bid this one more time and try to define our language a little bit better to include exactly what we needed when we got down looking into it,” Poole told the BOC. “After this all had been bid out the first time, we realized we left off something that was very important to get us up and running in one bid rather than having to just fix the sirens and then fix the point system that would activate the sirens.”

Commissioner Roberson made a motion to approve the RFP for the outdoor sirens and Commissioner Smith seconded the motion. The BOC voted and the approval for the RFP passed unanimously.

Finally, the BOC had a discussion about the wearing of masks at the Sumter County Courthouse. Waddell stated that in his opinion, anyone who comes to the courthouse can wear a mask if they want to, but that it should not be required given that many other places are not requiring people to wear masks. Commissioner Jones suggested that Waddell get with Judge Rucker Smith and see what he thinks about it. Waddell said that the issue can get confusing to people given that some departments in the courthouse require the wearing of masks and some don’t.

Volley stated that the Sumter County Sheriff’s Department would like to know the BOC’s position on the matter given that their officers are at the entrance and have to make sure that people either have a mask or don’t have one. Waddell reiterated his position that if there are departments that want to require their people to wear masks to go ahead and continue that policy. Jarvis stated that as far as she knows, her department is the only department in the courthouse that requires its people to wear masks, but added that she plans to send out an email out to all the offices in the courthouse to see who is requiring mask wearing and who isn’t.