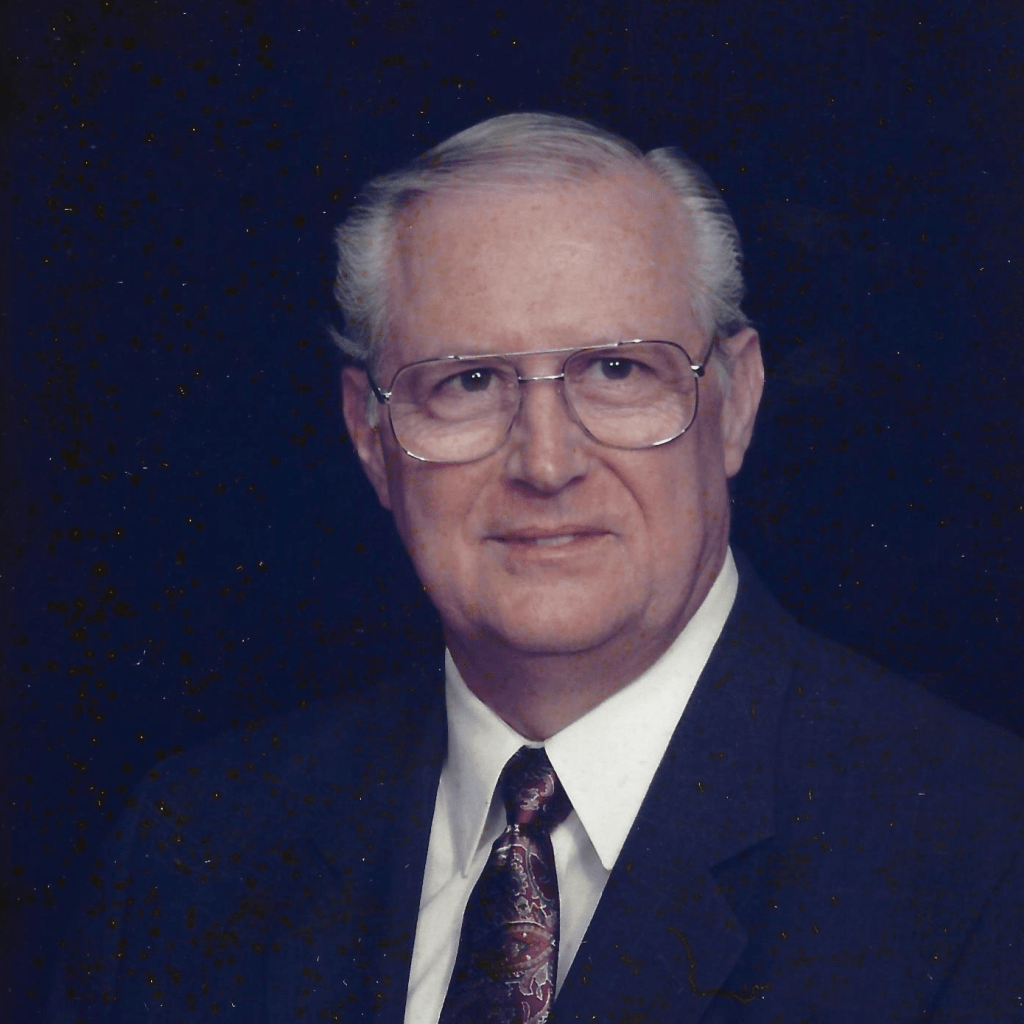 It is with profound sadness we mourn the loss of our father, James Owens, 87 of Birmingham, AL who died after a long illness on June 12, 2021.
James was the youngest son of David and Dorothy Owens and was born in Buena Vista, GA on May 30, 1934. His father was a farmer and he worked with him in the fields at a young age, learning the values of perseverance and hard work. He would carry these traits throughout his life and instill them in his children. His family moved to Leslie, GA when he was 10 and he graduated from Union High School there. During high school, he began dating his wife, Mary, where they would share a seat on the bus to and from basketball games. They married in 1956 and remained devoted to each other all their lives. In December of 1956, he was drafted and spent two years in the military. He worked for Goodyear Tire and Rubber Company for 47 years rising from store salesman to Vice President and General Manager of Brad Ragan Tire Company (subsidiary of Goodyear) until his retirement in 1999. He was proud of the fact he never missed a day of work.
He was preceded in death by his parents, all of his five siblings and the love of his life – Mary Deavours Owens. He is survived by his three children and their spouses: Meridee (Eddie) Gibson, Karen (Stephen) Jacobs, and David (Shawn) Owens as well as eight grandchildren – Bryan (Jennifer) Gibson, Joe (Jennifer) Gibson, Louise (Spencer) Webb, Casey (Blake) Gunderson, Erin Vickers, Andrew Owens, James Owens, and Shannon Owens and seven great-grandchildren.
Funeral Services were held on Tuesday June 15th at 11:30 a.m. at H. M. Patterson & Son Arlington Chapel, 173 Allen Road, NE, Sandy Springs GA 30328 followed by a lunch at the funeral home for all attendees. The family received friends at the funeral home at 11:00 a.m. prior to the service. The Reverend Owen Skinner will officiate. In lieu of flowers, donations may be made to Diabetes Action Research and Education Foundation at diabetesaction.org