17U Baylor squad holds off UCLA in DHBSL action 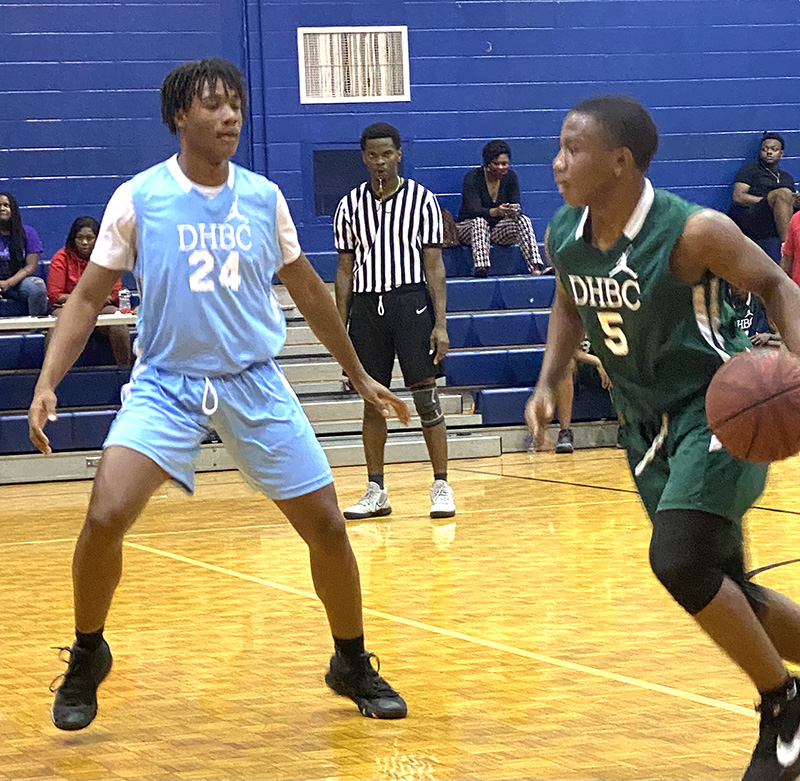 AMERICUS – The game looked as if it had overtime written all over it, but Ty’quan Robinson’s three-point attempt to tie the game rolled in and out as the 17U Baylor basketball was able to survive a 53-50 hard-fought victory over UCLA in the 17U game of the Dwight Harris Basketball Summer League (DHBSL) played on Monday, June 28 at Ninth Grade Academy.

During the closing minutes of the game, Baylor had a 49-43 lead, but Robinson was able to hit back-to-back three-pointers to tie the game. However, Baylor outscored UCLA 4-1 over the final minute of play and was able to hold on for the victory. 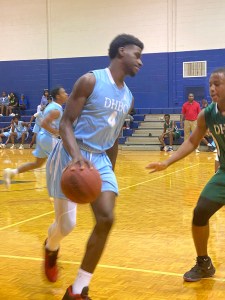 UCLA was able to amass a 15-8 lead early in the first half on a three-pointer by Cameron Evans. Over the remainder of the first half, both teams traded baskets, but UCLA maintained a 27-22 lead at halftime.

It was a back-and-forth affair between both teams throughout the second half, but Baylor was able to pull ahead during the closing minutes and hung on for the victory.

The DHBSL will have games Monday through Friday throughout the remainder of June and for much of July beginning at 5 p.m. and on Saturdays beginning at 10 a.m.

There are teams for kids ages 7 to 17 for the boys and for the first time this year, there are middle school and high school girls’ teams participating. Many of the boys and girls playing in the DHBSL play on local and area high school teams during the school year.