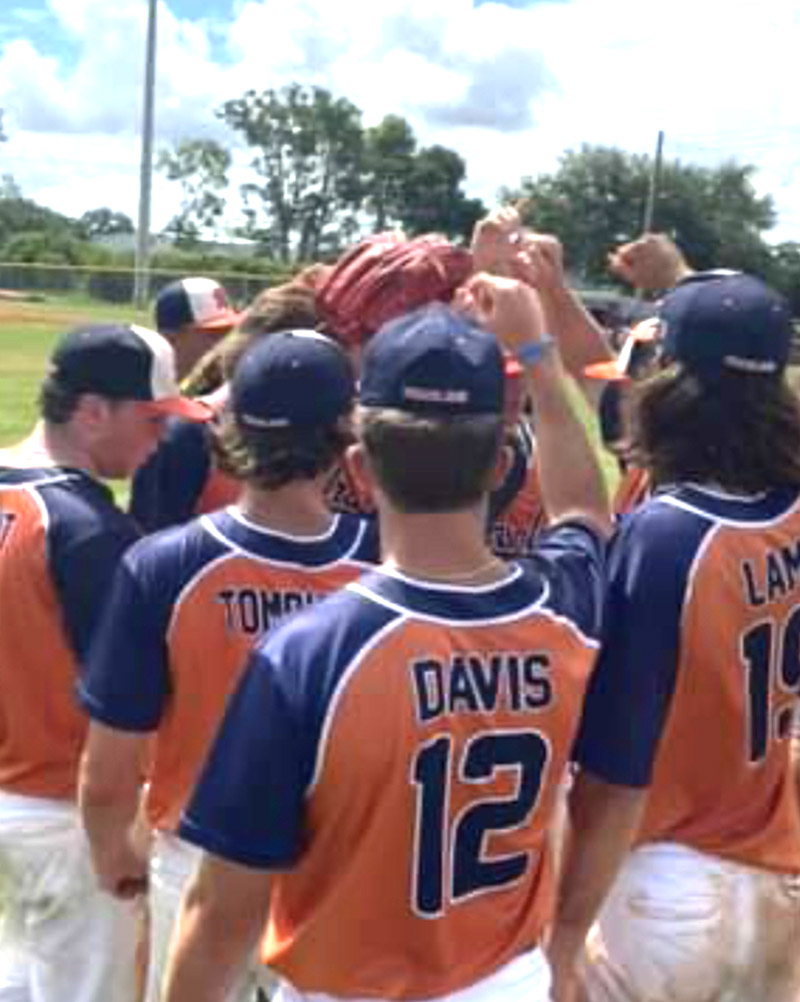 After suffering their first loss in the Perfect Game World Series to Wow Factor 16U on Wednesday, July 7, the Americus Travelers Baseball Team rebounded with a 6-0 win over Eastern Shore Xtreme and tied the Mississippi Blue Jays 2-2 on Thursday, July 8. Photo by Jolie Ledger

GULF SHORES, AL – After dropping a 2-1 decision to the Wow Factor 16U club on Wednesday, the Americus Travelers (ATB) rebounded with a 6-0 shutout victory over the Eastern Shore Xtreme (ESX) and played the Mississippi Blue Jays to a 2-2 tie on Thursday, July 8 at the Perfect Game World Series in Gulf Shores, AL.

In the Travelers’ win over ESX, ATB got strong pitching performances from starting pitcher Chase Ledger and reliever Peyton Tomkins. Ledger pitched two scoreless innings and gave up only one hit while striking out three batters. Tompkins came on in relief of Ledger. In three innings of work, he gave up no runs on one hit, walked two batters and struck out three.

In the top of the second inning, the Travelers scored five runs on six hits, including an RBI double by Thomas Ray that plated two runs. ATB added another run in the fifth. With the bases loaded and nobody out, Dylan Davis grounded into a double play, but Henry Johnson was able to score on the play to give the Travelers a 6-0 lead. In the bottom of the fifth, Tompkins was able to retire all three ESX batters to end the game and secure the win for ATB.

Tripp Thomas led the Travelers’ offense by going 2 for 2 at the plate with an RBI and Henry Johnson went 2 for 3 with a double and two runs scored.

In their next game against the Mississippi Blue Jays, the Travelers had a much more difficult time scoring. They fell behind 2-0 in the top of the first, but responded with a run in the bottom half of the inning when Johnson scored on an error by the Mississippi first baseman. ATB would later tie the game in the bottom of the fourth. With runners at second and third and nobody out, Dylan Davis was able to score on an error. Unfortunately for the Travelers, they were not able to score any more runs and had to settle for a 2-2 tie due to the fact that time had expired. Tournament rules state that during pool play, if a game is tied after the allotted time is up, that game will end in a tie.

Henry Johnson led the ATB offense by going 2 for 3 at the plate with two singles and a run scored. Thomas “Chewy” Willis and Tripp Thomas combined to hold Mississippi to two runs on five hits over five innings. Willis pitched the first three innings and gave up two runs on one hit, walked three and struck out two. Thomas came on in relief of Willis and pitched two scoreless and hitless innings while walking three batters.