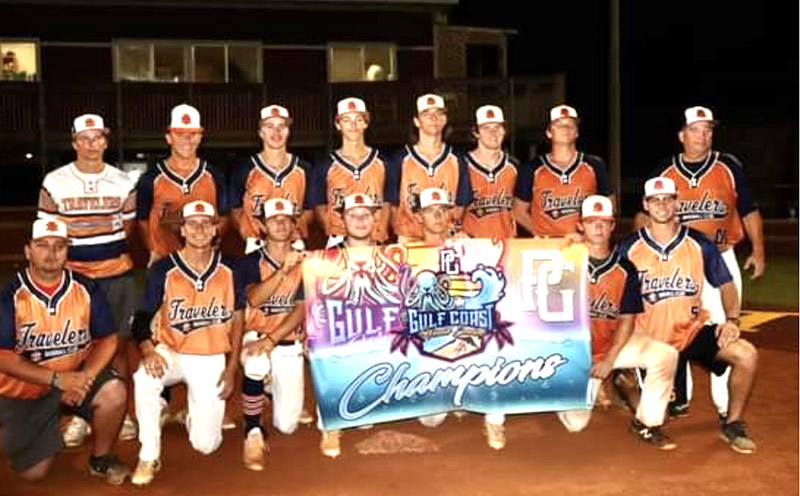 The 2021 Americus Travelers 16U Baseball Team wins its second straight national title by winning the Perfect Game Gulf Coast World Series in Gulf Shores, AL. The team poses for a team picture with the championship banner. Photo by Jolie Ledger

GULF SHORES, AL – For the second straight year, the Americus Travelers Baseball Club (ATB) has claimed a national championship. They did so by beating the Mississippi Blue Jays 6-1 in the championship game of the 16U Perfect Game Gulf Coast World Series (PGGCWS) on Saturday, July 10 in Gulf Shores, AL.

“I’m proud of the way this team competed all week at such a high level,” ATB Head Coach Tim Estes said. “We pitched well the entire week. Our entire staff pitched to contact and was efficient. We only made three errors in eight games and our bats got hot in bracket play. It was a full team effort. I could point to something that all 11 guys did to contribute.” 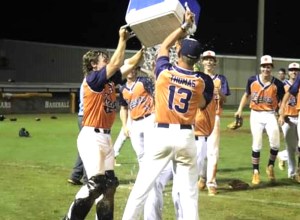 Americus Travelers Head Coach Tim Estes gets water dumped on him by his players as they celebrate their PGGCWS championship.
Photo by Jolie Ledger

After going 2-1-1 in pool play, ATB won three straight games over the Mississippi Blue Jays (8-4), Wow Factor 16U Prime (8-0) and Southern Arkansas 16U (5-2) on Friday, July 9. This put them in the championship game of the PGGCWS, which didn’t start until Saturday evening at 10 p.m. CST.  Incidentally, the Travelers’ second win in pool play, a 2-1 victory over Wow Factor 16U Prime, was Estes’ 500th victory as the ATB Head Coach.

The Travelers had won one game and tied the other in their two previous meetings against Mississippi, but the third game between these two clubs was for the title. 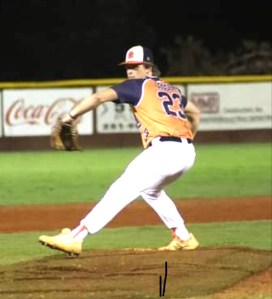 Americus Travelers starting pitcher Chase Ledger gave up one run on one hit and struck out eight batters while walking only one to lead the Travelers to a 6-1 victory over the Mississippi Blue Jays in the championship game of the Perfect Game Gulf Coast World Series.
Photo by Jolie Ledger

The Travelers wasted no time in putting their stamp on this game and made a statement early that they were the superior club. They scored five runs in the bottom of the first inning by taking advantage of three walks, two errors and two hit batsmen. With Chase Ledger on the mound for ATB, that amount of run support would be more than enough for the Travelers to secure the victory and the PGGCWS title.

The Travelers added another run in the bottom of the third when Gavin Lacey drove in Caden King on an RBI single. That would be the final run that the Travelers would score. Though the Blue Jays were able to score a run in the fifth inning, that lone run would be all they could muster against Ledger. In five innings of work, the Southland Academy righthander gave up only one run on one hit and struck out eight batters while walking one. 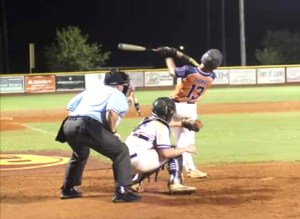 ATB wasn’t prolific offensively in this game, but fortunately, they didn’t have to be.  The Travelers scored six runs on just four hits and committed one error. Ledger’s Southland Academy teammate, Henry Johnson, went 1 for 2 at the plate with a single and a run scored. The other three hits came from Lacey, King and Dylan Davis. Lacey went 1 for 2 with a single and two RBIs and Davis went 1 for 3 with a run scored and an RBI.

“It’s almost a surreal feeling. The team really did their best work on that field. I loved every minute I played with our team,” Ledger said. “We worked really hard and it paid off. The first two days of pool play were very rough. We didn’t play our best. We knew we were still the best team there and we proved that in bracket play. This team always has a good time wherever we are. The Travelers Nation family truly loves one another and that is evident by our following at games and by the amount of people watching on Game Changer and Diamond Kast. These boys have become like brothers to me. We have one more year left together and we certainly will make the most of it.” 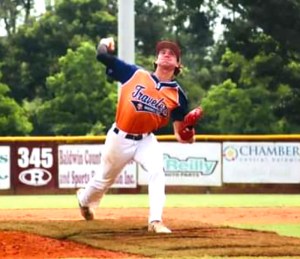 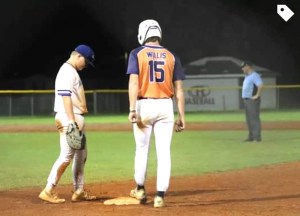 Thomas “Chewy” Willis is at first base for the Travelers after drawing a walk in the championship game against the Mississippi Blue Jays.
Photo by Jolie Ledger

This group has one more year with the Travelers before they are fully devoted to high school baseball and will, should they choose to, work towards getting college baseball scholarships and maybe even playing professionally. 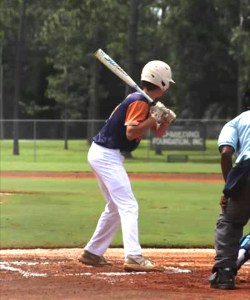 ATB second baseman Caden King went 1 for 3 with a single and scored two runs to help lead the Americus Travelers to a 6-1 victory over the Mississippi Blue Jays in the championship game of the Perfect Game Gulf Coast World Series.
Photo by Jolie Ledger

Coach Estes also thanked the parents and the fans that make up the Travelers Nation. “There aren’t many teams at our level who have a fan base like Travelers Nation,” Estes said. “We had a huge crowd at every game and hundreds following us online. That kind of support energized our team and we are grateful to everyone for their support.”