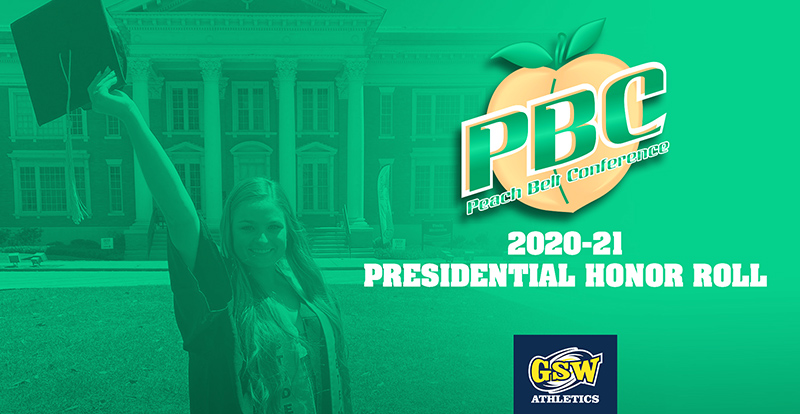 The Presidential Honor Roll, presented by Barnes & Noble College, recognizes all student-athletes at the 12 Peach Belt member institutions who had a grade point average (GPA) of 3.0 or higher for the academic year. For the first time in award history, the Peach Belt included associate members in this recognition, bringing the total number of the honorees in 2020-21 to 1,764.

The GSW Baseball Program had the largest number of Hurricane student-athletes on the list with 23. Softball was two shy of baseball with 21 honorees, which was an astounding 95.5 percent of its roster.

Listed below is the complete list of GSW academic honorees on the 2020-21 Peach Belt Conference Presidential Honor Roll: