The burdens and hopes of remembrance 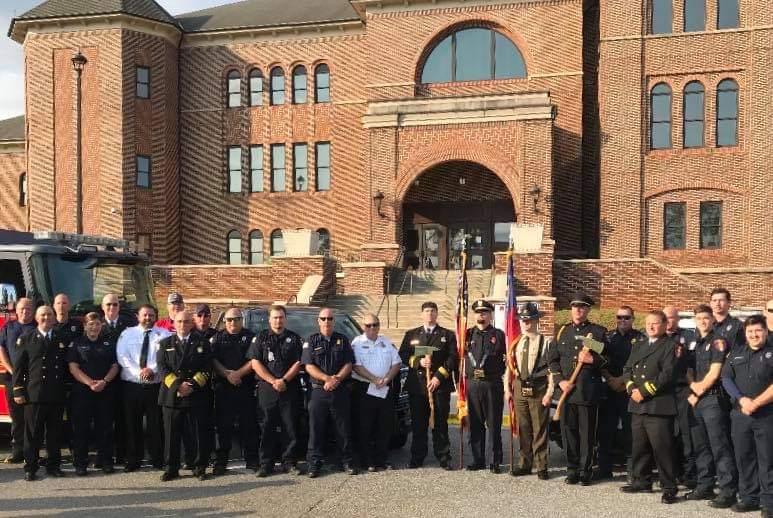 It was quiet. There was a significant crowd, but they were hushed. Walking up on the crowd several familiar faces greet you. But they all whisper. There is a certain posture which comes with the day. The way we held our bodies was different. Many hands in pockets, many hands holding another, many placed in the small of another’s back, some in pockets, and some reaching out to give and receive a small hug. The postures were somewhat heavy and smooth. No one moved around in an animated way.

Our expressions were different. Even 20 years later, our faces, at best offered a head nod and a small smile of, “glad to see you.” But there was no ear-to-ear grin and musical laugh which so often marks our gatherings. Sumter County’s first responders took the lead in bringing us together. It is somewhat ironic these groups would lead us today, just as the led us 20 years ago. At the Sumter County courthouse, under the flag of the United States of America, our first responders had created a space to gather. They knew we had made a promise 20 years ago, and they were there, just as they are always there, to help us keep the promise made on 9.11.2001. So, at their invitation we gathered, we remembered, we ached, we rejoiced, and, in many ways, we were back at the places we were at 8:46AM on 9.11.2001. 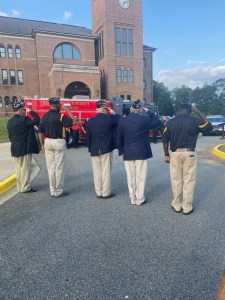 We sat, as best we could, with a wound. There was relief in being with each other. Just like there was relief in being with each other 20 years ago. We were perhaps quicker to see the good in each other, just as we were quicker to see the good in each other 20 years ago. We needed something good to focus our hearts on. We found it in each other. That is why we gather. It is why we gathered in 2001, it is why we now gathered in bodies 20 years older. There is still relief when people show up to carry a tiny bit of the unbearable weight. I saw Gaynor and Mike Cheokas. We agreed that 9.11.2001 was an “X” event. X has long marked the spot which defines us, a place where time would be defined by “before” or “after.” Although there were some there who weren’t born or whose youth makes it impossible to remember the actual day, most of us where able to say what life was like before and after 9.11.2001. The day was indeed an X event, it put its mark on history. X events bring permanent shifts, such days deserve our remembrances. Mike brought up memories of his father, who lived though another X event, Pearl Harbor. He was relieved his dad did not also have to mire his way through this tragedy. Lou Chase encouraged a visit to the memorial site in New York City. Others told of where they were when they heard of the news. A Southland Academy student, Brock Gurley was present. He is currently enrolled in a program which offers insight into the daily operations of a firehouse, as he may chose firefighting as his occupation. He knew he was standing on the memory of 343 firefighters. His older brother, Hoyt, was unable to attend this event because he is already working as a firefighter. I am sure, he too, would tell you even though he isn’t able to remember September of 2001, he has since made a promise to never forget the day. As X events often are, there is no age which is exempt from its reach. 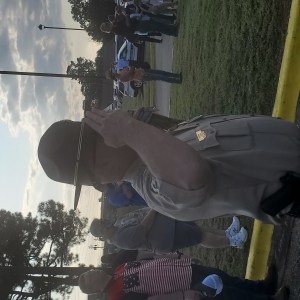 On a day which no doubt should have had us making our first responders the distinguished guests, they instead where our hosts. The Sumter County Fire Department, the Americus Fire Department, the Sumter County Sheriff’s Office and Americus Police Department led the way, once again. Chaplain Bud Womack opened us in prayer, Sheriff Eric Bryant introduced us to the family of firefighter Charles Williams. Charles was a Sumter County native, who on his day off, heard of the events and went to the towers to do what he is trained to do. Charles did his job well. However, he would ultimately succumb to an illness many who worked ground zero suffered secondary to the toxic conditions. He would pay with his life, but it would take years rather than a day. Charles represented his family and his home with honor. It was our joy to offer our appreciation back to his family. An honor guard made up of first responders were present. Captain Todd Shufflebarger and Mayor Barry Blount addressed the crowd by encouraging us to continue in our remembering, To remember those who served us on that day, to remember our loss, but to also remember the greatness of the country and how we gathered then, much like we were gathered today, as part of a United States of America. The crowd became quiet again for a full minute. As is tradition for firehouses, the bell was tolled. It marked the impact of the plane on the second tower. Our eyes focused on one of the American flags as the National Anthem was played and we lingered in our remembering as Taps rang out. The colors were retired, and the crowd was blessed by Bud Womack yet again. We would leave from this place, our country’s flag still waving over us, to go forth into the rest of our days, having kept our promise. 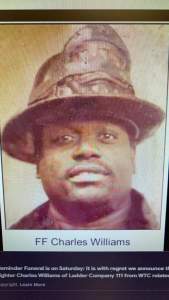