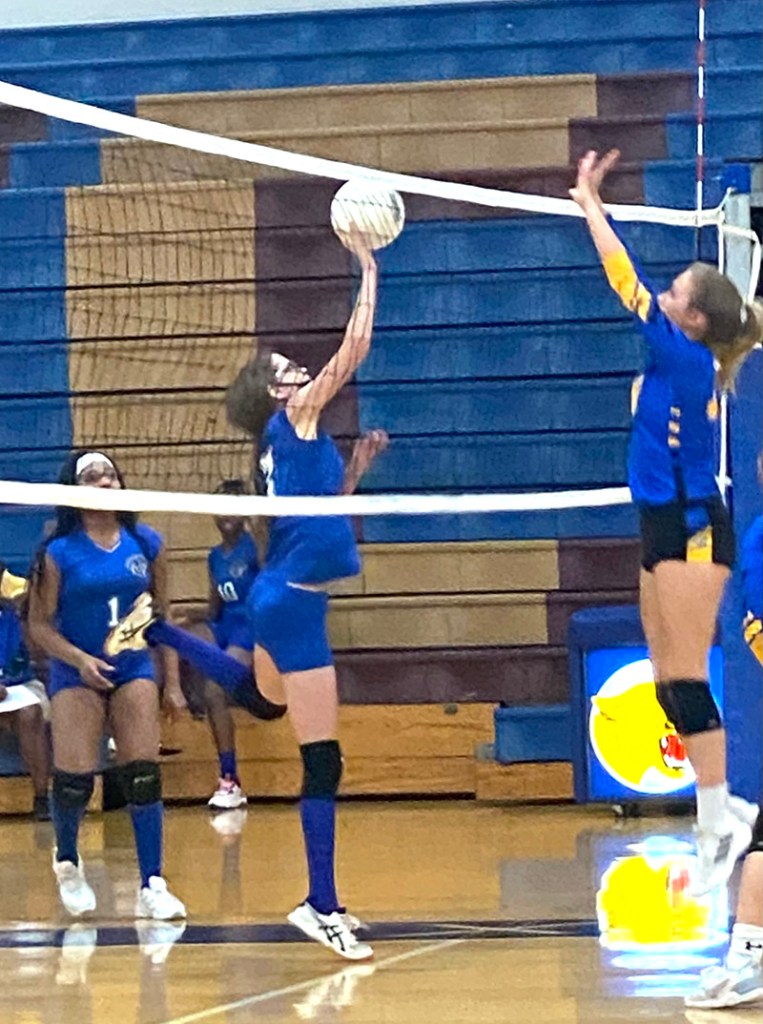 CORDELE – In the previous meeting between the Sumter County High School Girls Volleyball Team and Crisp County (CCHS) in Americus on Tuesday, August 31, it was a much more competitive match even though the Lady Panthers fell 3-1.  However, in the rematch in Cordele on Thursday, September 16, the Lady Cougars set the tone in the first set by jumping out to an 11-0 lead. CCHS went on to win that set 25-9 and the next two sets 25-12 and 25-13 to sweep the Lady Panthers 3-0.

Throughout this match, the Lady Panthers had difficulty receiving the serves from the Lady Cougars and, at times, gave up service aces to CCHS.

“They (CCHS) did serve the ball pretty well, but we didn’t stick to our game plan as far as defense,” SCHS Head Coach Alonzo Lockett said. “We schemed for them for the past weekend. It seemed like we had opportunities to do it. We just collapsed.” 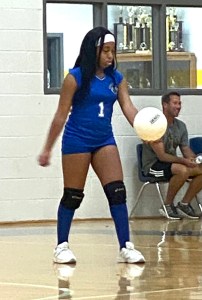 Sumter County Junior Setter Curtissa Evans is about to serve for the Lady Panthers against Crisp County.
Photo by Ken Gustafson

While the Lady Panthers were somewhat more competitive in the next two sets, they could never get their offense going and continued to struggle handling the strong serving of CCHS. In the third set, the Lady Panthers were briefly able to keep it close when Georgia Wooden recorded a kill to make the score 8-5 in favor of CCHS. However, the Lady Cougars took over from there, outscoring SCHS 17-8 the rest of the way on their way to a 25-13 victory to win the best of five game match.

With the loss, the Lady Panthers are now 3-6 on the season.